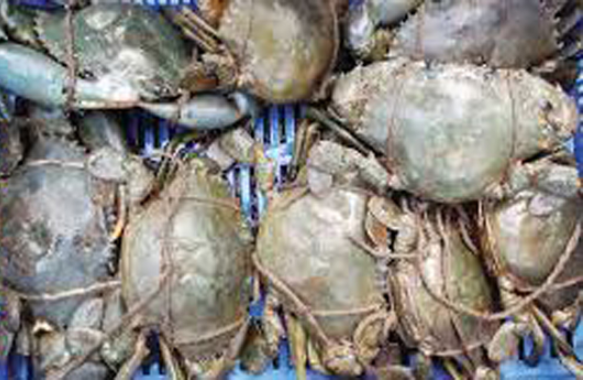 A method developed by Bangladesh Fisheries Research Institute (BFRI) scientists for crablets production artificially in the hatchery has generated hopes among farmers to boost up its commercial production.

The invention of BFRI scientists would end the dependence on natural sources for production of a young crab, opening up the way of its commercial production in the hatchery, said chief of the research team Dr. Latiful Islam.

Dr Islam and his colleague Mamun Siddiqui got the preliminary success of this research in 2015 in their Paikgacha Research Centre. But their venture went slow in lack of modern hatchery and management.

But in June 2018, they got a modern and high quality hatchery at a cost of Taka 1.18 crore infusing momentum into the research process. In April this year the team finally became successful in their research.

Shila variety of crab is available in everywhere in the coastal region of Bangladesh which is very delicious and rich in nutritional value. Fishing of this particular type of crab is on rise due to its high demand and value in the international markets.

A Shila Crab can become two kilograms in weight, but those of 200 grams to 500 grams have maximum demand in the market. Cultivation and fattening of such crabs began in Bangladesh in eighties.

Cultivation of crabs has gained popularity in costal areas and many farmers are also cultivating crabs of soft shell. For maximum profit, the farmers are indiscriminately collecting gravid crabs and fries without considering its sequence.

Under the circumstances, the scientists of BFRI launched the research program for artificial production of crabs to make its production and market
sustainable.

Director General of BFRI Dr Yahia Mahmud said the success in producing crablets in hatchery would reduce pressure on natural sources and boost up commercial production of crabs.