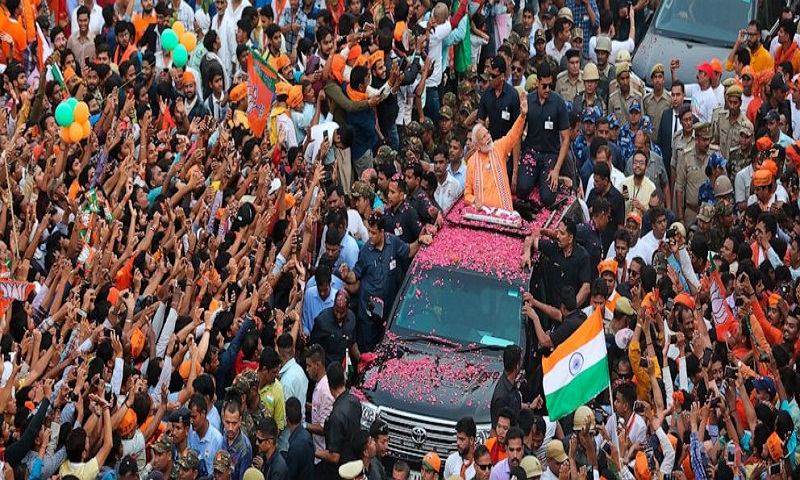 Prime Minister Narendra Modi has filed nomination papers in the Hindu holy city of Varanasi in Uttar Pradesh state, hoping to hold onto the seat for a second time in India's general election.

Modi arrived at the local election office after offering prayers at a local temple. As his car passed, people shouted slogans such as "Har Har Modi, or, Hail Modi!

Voting in three of the seven phases of the election have finished. Voting concludes on May 19 and counting is scheduled for May 23.

Varanasi goes to polls on May 19.

The election is seen as a referendum on Modi and his party.