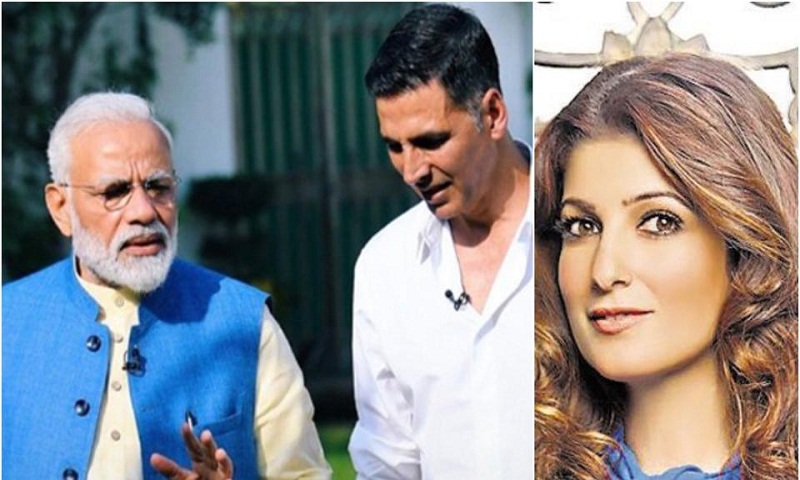 Author Twinkle Khanna has tweeted a clarification to her response to Prime Minister Narendra Modi’s comments in an interview with her husband, actor Akshay Kumar. Her tweet, she insisted, did not amount to an endorsement.

“Nothing more - Nothing less - A response does not translate into an endorsement,” the author known for her sharp sense of humour said. “The only party I am likely to be a part of at this point would involve liberal amounts of vodka shots and a hangover the next day :)” she said, reacting to the string of reactions that her initial comment had generated.

On Wednesday, the author and columnist had reacted to her husband’s ‘non-political’ interview with Prime Minister Narendra Modi.

To this Twinkle had written on Twitter, “I have a rather positive way of looking at this - Not only is the Prime Minister aware that I exist but he actually reads my work :).”

Akshay and Twinkle’s opposing political ideologies have often been the source of debate. Both have addressed this in the past. Akshay told Bombay Times, “Both Twinkle and I are not against anyone. She has her point of view and I have mine. That’s the way things should be between a husband and wife. If I tell her to do things my way, it’s wrong on my part. Such things can cause trouble and even break a relationship.”

Twinkle, meanwhile, had insisted in a tweet that a couple need not share the same political beliefs for a marriage to work, reports HT.