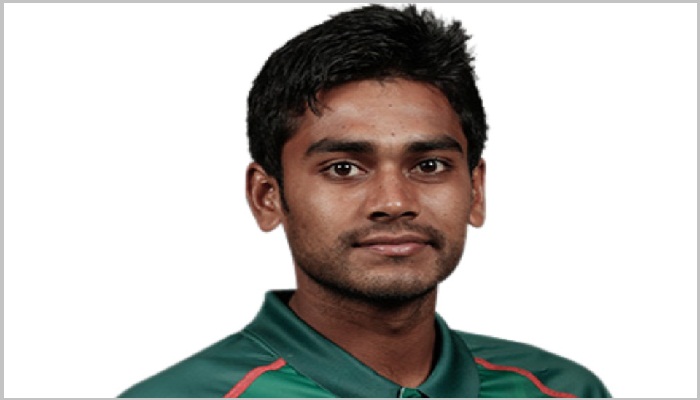 Mehidy Hasan Miraz, the 21-year-old all-rounder of Bangladesh national cricket team, is completely ready to appear his first World Cup in the grand arena of cricket from May 30 to July 14 in England and Wales.

Mehidy led the Bangladesh U-19 team to semi-finals of the U19 World Cup 2016 held in Bangladesh. Afterward, he was fast-tracked into the senior Tigers troupe. In a memorable Test debut, he stunned England bagging 12 wickets with his disciplined off-spin and he never looked back.

The right-handed all-rounder Mehidy has established himself as an integral part of the Tigers set-up.

UNB: Dhaka Premier League just ended. You scored 64 runs and took nine wickets in eight matches. It was really a good chance to prepare for the players to play in the World Cup 2019. Was it really like that? How was your preparation?

MM: Yes, it was really a golden chance to sharpen the skills just before the World Cup. I tried a lot to perform my best even though I couldn’t meet the expectation due to injury and it was too hard for the body to bear such extensive workouts. However, in the end, it was a very good platform for preparation.

UNB: This is going to be your first World Cup. How do you feel that you are going to perform in the biggest stage of the cricket world?

MM: It is a great opportunity for me. It was my dream to play in the World Cup since I started playing cricket for Bangladesh. If I play better it will be helpful to my team and an extra chance to show my worth to the world as well. If I get a chance in the playing XI, I will give my 100% percent efforts in the battle field.

UNB: You played in the ICC Champions Trophy 2017 in England. Do you think that experience will help you here in forthcoming World Cup?

MM: Yes, surely, that will help us in the World Cup. We really played a good brand of cricket in the Champions Trophy. We reached the semi-finals which was our best performance in an ICC event after playing Quarter-Finals in the World Cup 2015. However, we lost the semi to India. But, this time, I hope, we will do something very special.

UNB: As per the record, you are an effective bowler in the sub-continent. But you have failed on various occasions in the other countries. You have to work hard to take wickets outside the sub-continent. How do you see this challenge in the World Cup, which seems not to be spinners-friendly?

MM: If a spinner is economical, it helps the pace bowlers to attack. I think that’s my job in the World Cup to perform arbitrating the situation. It is easier on the wickets of Asia. But when the game is outside from Asia, it is really tough for the spinners because we don’t get much spin in that condition. I have played the last Asia Cup in UAE where I did well with the ball (4 wickets in 6 matches conceding 171 runs). But when the games are in Europe, my main target remains to concede fewer runs and that support the pace bowlers.

UNB: You used to say in age-level that you are a batting all-rounder. You had some good knocks then. But now, your bowling is the most talked-about side of your game. Do you think your battling is being neglected somehow?

MM: Actually, I am not getting much opportunity to show my batting skills. But whenever or wherever I get chance to bat, I try to give my best. I believe I will get chance to bat in future which will help me flourish as a batsman in the national team.

UNB: What do you think about Bangladesh’s chances in the upcoming World Cup?

MM: I think the forthcoming World Cup will be a special World Cup for us because our senior cricketers have been playing for a long time and they are capable of doing something extraordinary. We have four experienced tigers, who played three World Cups. So we can expect surprising performances from them. At the same time, there are some world class players in the junior bunch of the guys. If we can create the best combination, that will be a memorable World Cup.