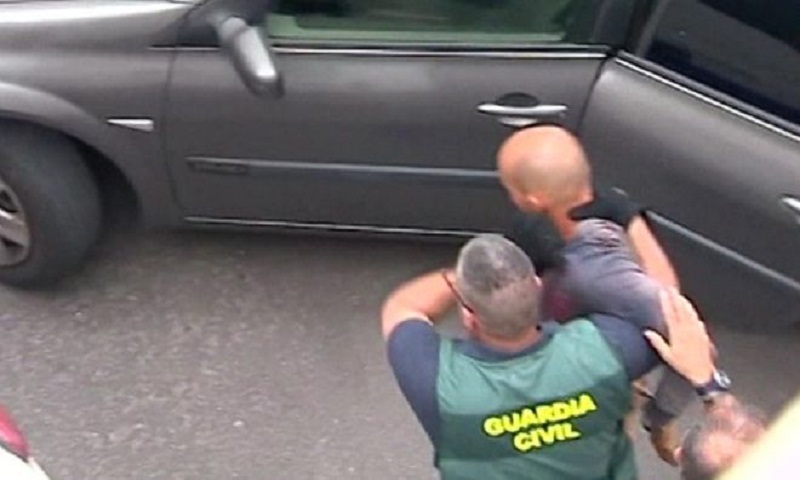 A little German boy's testimony led Spanish police to the bodies of his mother and 10-year-old brother in a cave on the island of Tenerife.

Locals alerted police after finding the distressed five-year-old boy wandering in the mountains near Adeje, muddy and crying, on Tuesday.

Spanish media say the German mother and boys had arrived to see the father on Monday. He is a resident on Tenerife.

The father was arrested at his apartment, reportedly after a struggle.

The victims appear to have been beaten.

Spain's Socialist government - facing a general election on Sunday - is treating it as a case of domestic violence and has condemned it on Twitter. Deputy Prime Minister Carmen Calvo called it "a brutal sexist murder".

The Canary Islands are especially popular with German and UK tourists.

El País says the cave was found after a long search in mountain mist - the clue was a wristwatch found by a path.

The paper quotes sources as saying the father was aggressive and refused to give police any information about his partner and sons.

"It is suspected murder," a spokeswoman for the local police (Guardia Civil) told the BBC.

The suspect is being held at a police station in Playa de las Americas, near Adeje, and will probably go before an investigating judge on Friday, she said.

A woman called Rosi told Spanish media how she had found the five-year-old boy "tired and all red-faced".

In a video clip on La Vanguardia news website she said the boy had "gripped my hand, as he was anxious".

Unable to understand German, Rosi said she had fetched a friend, who then translated the boy's story. "He said he had escaped, run away."

The boy is now in the care of the Canary Islands family welfare service, Spain's Efe news agency reports.

The service has contacted a family member, via the German consulate, who is now travelling to Tenerife to meet up with the boy.

But officials are leaving it to the judiciary to decide when the boy can return to Germany, as a criminal investigation is under way.

A Canary Islands government official, Cristina Valido, said "although we might be tempted to let the boy return as soon as possible to his normal family life in his country, evidently he witnessed an atrocity and probably it will be the judiciary which decides when he can go home".

Gender-based violence is a major issue in Spain, following some high-profile cases. There was an outcry after five men accused of raping a young woman in Pamplona were acquitted a year ago, in a case known as La Manada (the wolf pack).

Deputy Prime Minister Calvo said 18 women had been murdered by partners or ex-partners so far this year. She condemned the Adeje case, saying "we must stop criminal machismo".