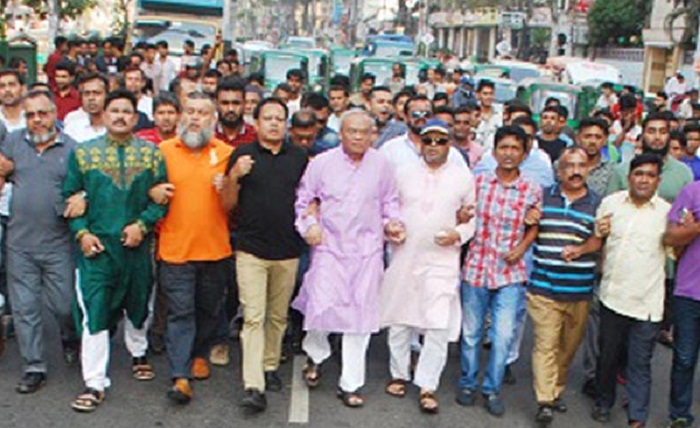 Bangladesh Nationalist Party (BNP) on Friday staged a protest rally in Nayapaltan area of the capital to press home the party's demands for immediate release of its Chairperson Begum Khaleda Zia from jail and her better treatment.

Some hundred activists of the party participated in the rally which started around 7:00am from the BNP’s central office in Naya Paltan. Rounding the intersection of Nightingale, the rally ended at the starting point.