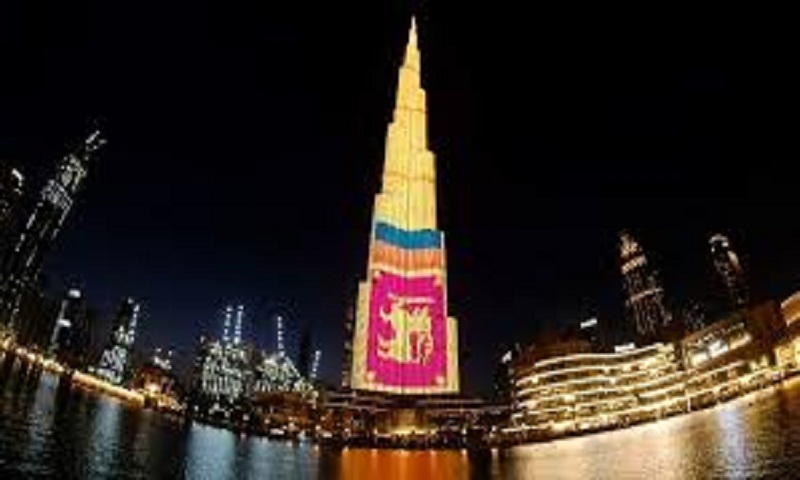 Standing in solidarity with the victims of the recent Easter Day attacks which struck Colombo, Dubai's Burj Khalifa; the tallest and most famous skyscraper in the world, lit up to the colours of Sri Lanka's flag on Thursday evening.

On its official Twitter handle, the Burj Khalifa hoped for a world built on tolerance and coexistence.

Apart from the Burj Khalifa, iconic landmarks in Abu Dhabi also lit up with the colours of Sri Lanka's national flag. The Emirates Palace, Sheikh Zayed Bridge, ADNOC building, Capital Gate were among the buildings decked up in Sri Lankan colours.

The Easter Sunday bombings on churches and luxury hotels killed at least 359 people and wounded about 500, reports Khaleej Times.