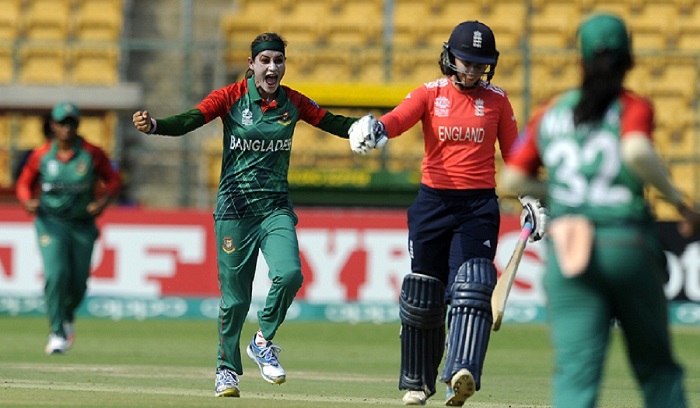 Bangladesh pacer Jahanara Alam is all set to feature in the Women’s T20 Challenge in India as the first women cricketer from the country.

Board of Control for Cricket in India (BCCI) on Thursday confirmed that Jahanara will play for Velocity under the captaincy of former Indian captain Mithali Raj.

BCCI hosted an Exhibition Match last year during the Indian Premier League which was exceptionally successful. Following that success, they are going to host a women’s T20 league on a larger scale.

Along with Velocity, there are two more teams -- Supernovas and Trailblazers -- which will take part in the event starting from May 6 during the Playoff week of this year’s IPL. Every team will face each other for once in the event before the final between the top two teams.

With her, Jahanara has become the first Bangladeshi women cricketer to touch the feat to play in a foreign league. Before her, Rumana Akter was in the squad of Melbourne Stars in Women’s Big Bash League in Australia.

However, she got the chance under a special arrangement of ICC.

Jahanara Alam is the first women cricketer to have scalped five wickets in a T20 International. The right-arm medium fast bowler has played 35 ODIs and 56 T20 International and bagged 30 and 39 wickets respectively.