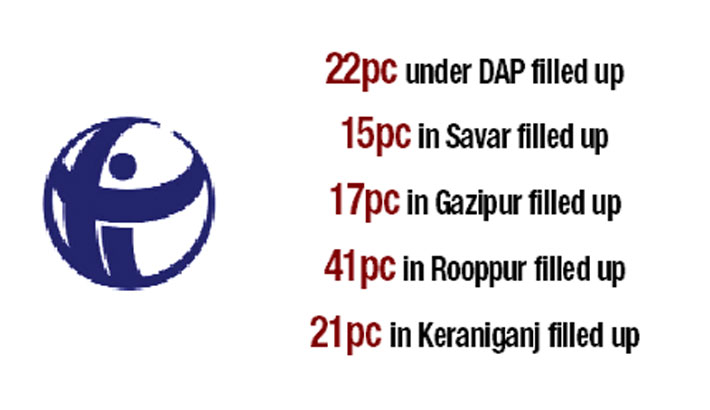 "Illegality has taken an institutional shape," he said about the illegal wetlands filling.

He was speaking at a press conference in Dhaka jointly arranged by TIB, Association for Land Reform and Development (ALRD) and Bangladesh Environmental Lawyers Association (Bela) about wetland filling in the capital and its surroundings violating DAP.

According to BIP research, every year around 42,000 acres of agricultural land and wetland are filled up. From 1999 to 2010, every year 5,757 acres of wetland was lost in Dhaka. "From the planning viewpoint, there should be at least 10-15 percent wetlands in a metropolitan area. Study shows that 22 percent wetland under DAP has been filled up so far," he said.

The report also shows that wetlands in surrounding areas have increasingly been filled up measuring 15 percent in Savar, 17 percent in Gazipur, 41 percent in Rooppur and 21 percent in Keraniganj.