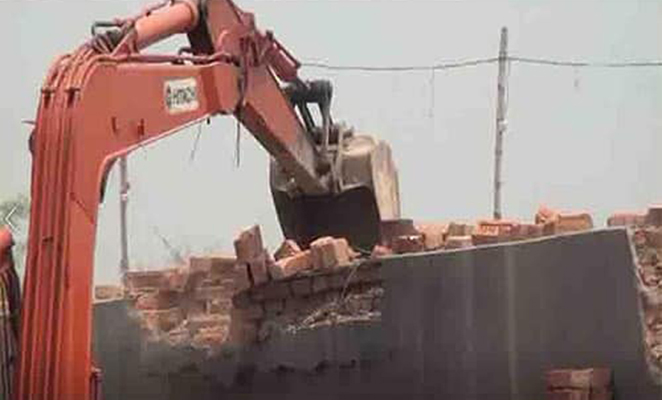 The Department of Environment (DoE) has demolished an illegal brick kiln in Dinajpur following an appeal of a minor girl of the district.

In a letter posted on her Facebook page, Maisha Monawara Mishu, a class two student of Hazratpur Government Primary School in Parbatipur upazila, urged the deputy commissioner of Dinajpur to shut down the brick kiln near her school that causing serious health hazards and environment pollution in the area.

State minister for Shipping Khalid Mahmud Chowdhury also talked with the girl over phone and ordered Deputy Commissioner of the district to take immediate actions to this matter.

Later, the matter was brought to environment minister Md Shahab Uddin, who took the issue seriously.

The minister made phone calls to director general of department of environment and deputy commissioner of Dinajpur and asked them to take action against the owner of the brick kiln.

The enforcement team of the Department of Environment on Wednesday demolished the brick kiln as per the instruction of the environment minister.

Minister Md Shahab Uddin thanked Kazi Tamzid, executive magistrate of the enforcement team of department of environment over phone for taking necessary measures and asked to continue drive against all illegal brick kilns.