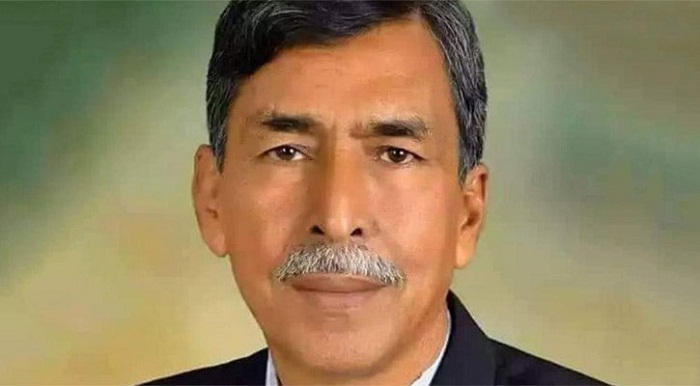 BNP MP-elect Zahidur Rahman Zahid on Thursday said he took oath as an MP of the 11th parliament knowing that his party may expel him for violating its decision.

“I’ve taken oath going against the party decision knowing that it may expel me. I’ll remain with the party even if it expels me,” he said.

Talking to reporters after he was sworn in, the BNP MP said he will place the demand in parliament for Khaleda Zia’s release from jail.

Zaid was elected MP with BNP’s ticket from Thakurgaon-3 seat in December-30 election amid a serious debacle of BNP and its alliance Jatiya Oikya Front.

BNP along with Gono Forum and some other parties joined the election in alliance under the banner of Jatiya Oikya Front. BNP bagged six seats while Gono Forum two in the election.

Zahid said he defied the party decision to fulfill the hopes and expectations of people of his constituency who elected him MP. “I had waited for a long time. But the people of my constituency mounted huge pressure on me to take oath.”

He said he has been staying in the capital for nearly 15 days as the people of his constituency urged him to return after taking oath.

Zahid said he had contested elections thrice earlier from the seat with BNP’s ticket, but could not win as it was a stronghold of Awami League since the country’s independence. “For the first time BNP has won the seat.”

Replying to a question whether he talked to BNP leaders over taking oath, he said he contacted them and met them a few days back, but did not get their consent to be sworn in. “The party is still hell bent on its decision not to take oath.”

Asked what he will do if BNP expels him, Zahid said the party can take any decision. “I’m a devoted worker of the party. I’ve been involved with the party for nearly 38 years since my student life. So, I’ll be with it, no matter what decision it takes.”

Responding to another question, he said he wants to play a due role in parliament for the release of BNP chairperson Khaleda Zia from jail. “My leader (Khaleda) is an elderly woman who is now 73. I’ll make a request in parliament to free her for the sake of democracy. As an MP, it’s my first commitment.”

The BNP MPs also said he will urge the Prime Minister to withdraw the thousands of ‘false’ cases filed against their party leaders and activists.

With Zahid’s oath taking, 295 MPs-elect out of 300 in the 11th parliamentary polls have so far been sworn in.  The five other BNP MPs-elect must take oath by April 29 if they want to remain members of the current parliament.