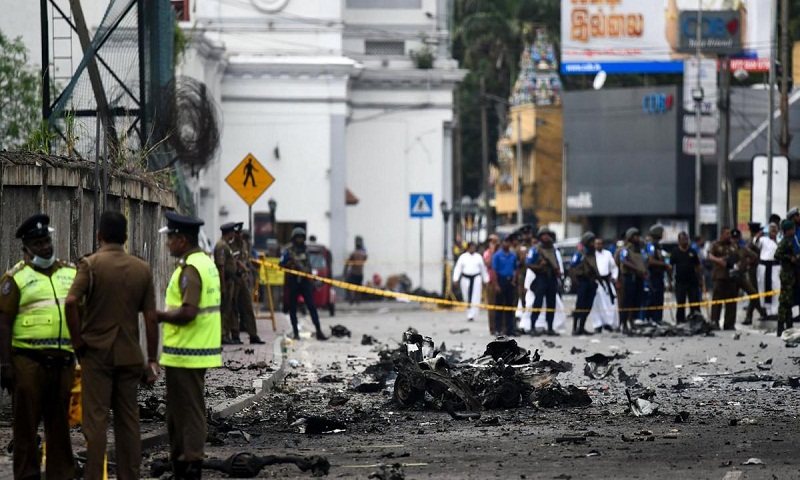 Sri Lanka's Catholic churches suspended all public services over security fears on Thursday, as thousands of troops joined the hunt for suspects in deadly Easter bombings that killed nearly 360 people.

Security forces also made fresh arrests overnight over the attacks, as the government faced pressure over its failure to act on intelligence warnings about possible bombings.

Recriminations have flown since suicide bombers blew themselves up in luxury hotels and churches packed with Easter worshippers on Sunday.

The president has asked the police chief and top defence ministry bureaucrat to step down, though neither has done so yet.

Police have so far arrested 75 people but tensions remain high with several suspects unaccounted for.