Migrant boy, 3, found crying and alone on US border 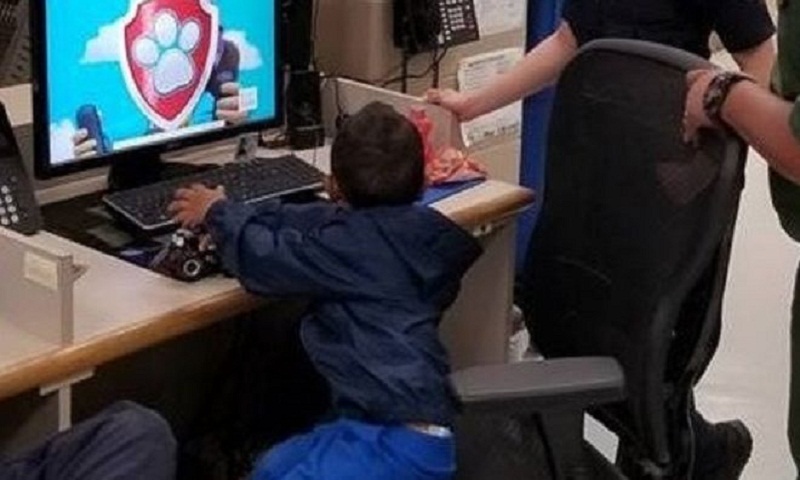 A three-year-old migrant boy was found in tears as he wandered alone in a Texas cornfield near the US-Mexico border, officials say.

US Border Patrol agents discovered the boy in the Rio Grande Valley near Brownsville, Texas on Tuesday morning.

His name and phone number were written on his shoes, according to officials.

"We believe the boy was with a larger group that ran when they encountered agents," the US Customs and Border Protection (CBP) tweeted.

He was taken to Fort Brown border station, where he was supervised by agents while efforts were made to find his family, officials say.

Border agents say they were unable to locate his relatives and he "does not speak well enough" to tell them who they are.

He has been taken to a processing facility in Texas, where he remains under the care of child workers.

In a statement, CBP told the BBC the boy was "abandoned by smugglers" who "entered the United States illegally".

Startled by border agents attempting to intercept them, the group fled, leaving the boy on his own in an overgrown field, the agency says.

"Agents requested the assistance of a Border Patrol K-9 team in an attempt to search the field and, in the process, they located a child who was alone and crying," the statement says.

He underwent a medical examination at a local hospital and was found to be in a "good condition" with no injuries.