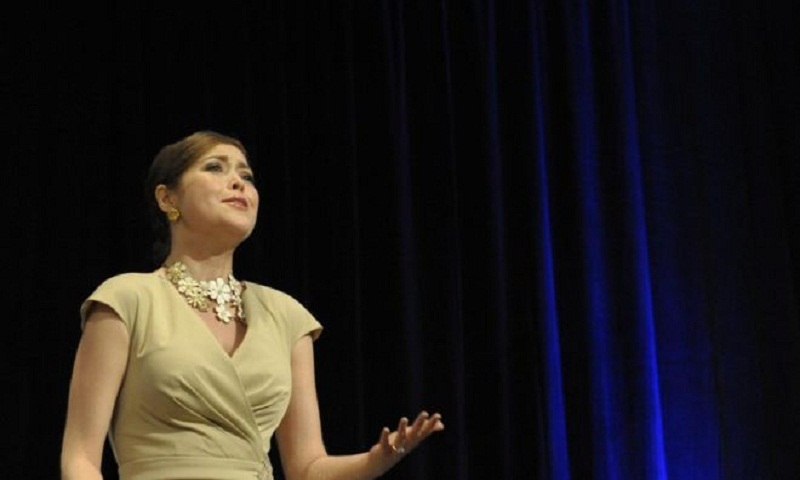 Tillemann-Dick was diagnosed with pulmonary hypertension in 2004, forcing her to undergo two emergency lung transplants needed to save her life.

Despite her illness Tillemann-Dick pursued a renowned career, performing her soprano across the world.

Her family announced her death on her Facebook page on Wednesday.

"This morning, life's curtain closed on one of its consummate heroines", the post said.

"Our beloved Charity passed peacefully with her husband, mother, and siblings at her side and sunshine on her face."

A cause of death was not immediately clear.

Tillemann-Dick lived in Baltimore, Maryland with her husband Yonatan Doron.

She performed across the US, Europe and Asia. Her opera roles included Titania in A Midsummer's Night Dream, Gilda in Rigoletto and Violetta in La Traviata.

The singer took the stage at storied theatres worldwide, including the Rose Theater at Lincoln Center in New York, the John F Kennedy Center in Washington DC and the Palace of the Arts in Budapest.