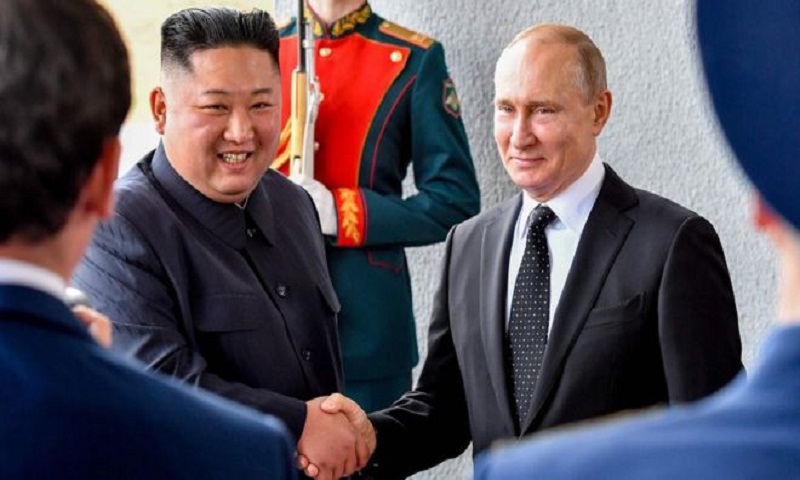 North Korea's Kim Jong-un and Russia's Vladimir Putin have pledged to boost ties at their first ever summit.

The pair shook hands on Russky Island near the port city of Vladivostok, in Russia's far east.

The Kremlin said the leaders would discuss denuclearisation, but Mr Kim is also expected to be seeking support after talks with the US collapsed.

The talks in Hanoi with US President Donald Trump failed to reach a deal on North Korea's nuclear programme.

At their opening remarks the Russian and North Korean leaders referred to their two countries' long history of ties and Mr Putin said he wanted to help calm Korean tensions.

The North Korean leader greeted Russian officials warmly when he arrived on Wednesday.

Mr Kim was entertained by a brass band before he got inside a car flanked by bodyguards, who - in now familiar scenes - jogged alongside the vehicle as it departed.