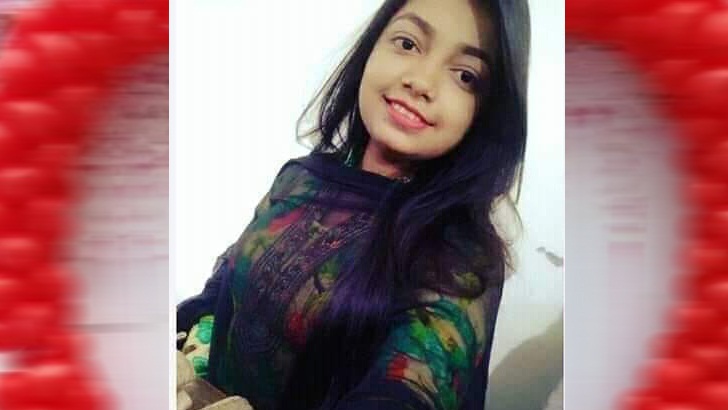 A student of Eden Girls' College allegedly committed suicide in the Kathalbagan area of the capital on Sunday afternoon.

The deceased was identified as Sayma Kalam Megha, a second year student of Social Work of the college.

He allegedly hung herself following the deception by her ‘lover’.

Her lover promised to marry her. He also fixed a date for marriage registration two days before holy Shab-e-Barat. But he didn’t keep the promise.

So the college girl killed herself by hanging keeping her so-called lover on facebook live.

Later, police rescued her body form a room of a multi-storey building of Free Street area of the capital. She used to live there as a paying guest. Police sent the body of the victim to Dhaka Medical College for (DMC) autopsy.

On Sunday, doctors of DMC handed over the body of the victim to her family after the autopsy.

Sayma Kalam Megha was buried to eternal rest in the Muslim Pouro Graveyeard of Jhalakathi.

The victim’s uncle Abul Bashar filed a case of unusual death of her niece with the Kalabagan Police Station.

According to the case, Mahibee Hasan, 25, resident of East Chandkathi, Jhalakathi lured her to commit suicide by hanging.

Mehibee Hasan, an Honours’ student of Government Hatem Ali College of Barishal and son of late Nafisur Rahman built up a love relationship with Megha, while she was studying in Jhalakathi Government Mohila College in the district.

Police found the accused Mahibee Hasan’s home empty and locked while holding an operation in his resident of East Chandkathi of Jhalakathi. They are trying to arrest him.