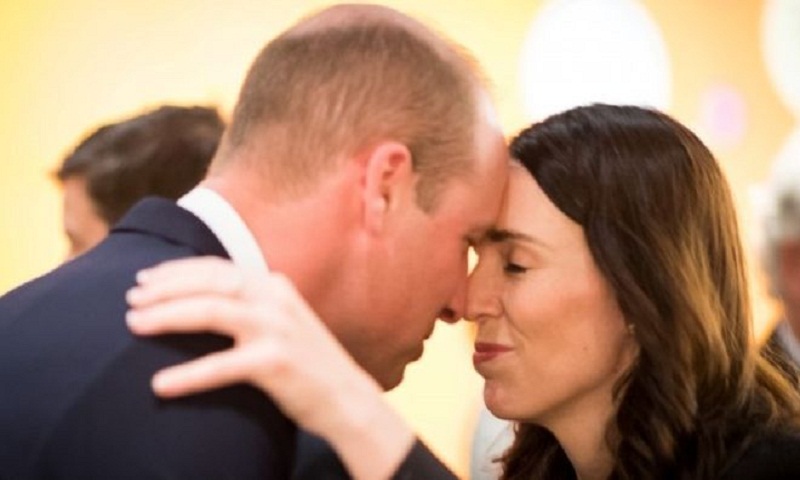 The Duke of Cambridge was greeted with a traditional Maori nose rub from New Zealand's prime minister as he began his two-day tour of the country.

Prince William performed a hongi with Jacinda Ardern as he was welcomed in Auckland at the start of the trip.

His tour began with a service for Anzac Day, which commemorates the military veterans of Australia and New Zealand.

He is to meet survivors of March's Christchurch mosque attacks - where 50 people died - and their families.

Prince William is travelling on behalf of the Queen at the request of Jacinda Ardern, New Zealand's prime minister.

Ms Ardern said the prince's visit will "bring comfort" as the duke has a "close connection" with New Zealand and Christchurch in particular.