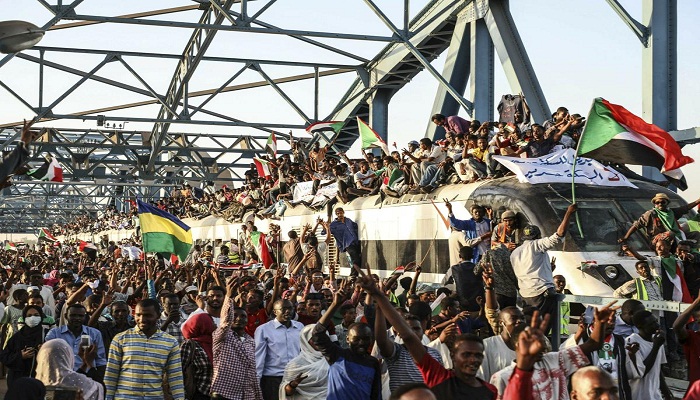 Sudan's ruling military council said three of its members resigned Wednesday amid heightened tensions with the organizers of protests that toppled President Omar al-Bashir after three decades in power.

The announcement came after generals met with leaders of an opposition group that had suspended talks over the weekend while accusing the military of failing to make a clean break with al-Bashir's regime.

The Sudanese Professionals Association and its allies, which organized the four months of escalating demonstrations that led the military to remove al-Bashir from power April 11, returned to the talks a day before planned mass rallies.

The association had said before the meeting that it would announce its own transitional governing council Thursday, but it was unclear if that plan had changed. A spokesman for the group, Sarah Abdel-Jaleel, said she could not provide details on what was discussed at the meeting.

The Sudanese Professionals Association had said that Zain al-Abdin was the head of al-Bashir's party within the military and was "trying to bring back the deposed regime."

The spokesman said the military council agreed with the protest leaders to create a joint committee to tackle the political disputes.

The military council has said it is in talks with all Sudan's political parties to name a prime minister and civilian government to run the country for two years.

The Sudanese Professionals Association has instead called for the formation of a legislative council in which at least 40 percent of the members would be women. It would draft laws and oversee a Cabinet of technocrats until a new constitution is written.