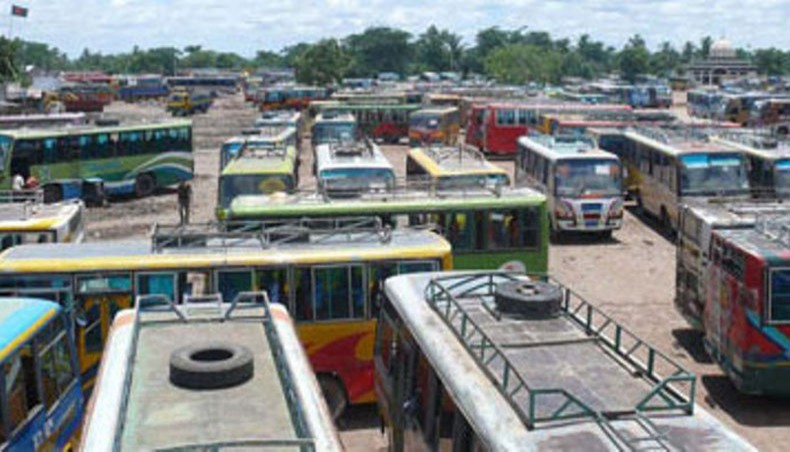 A 24-hour transport strike enforced by Bangladesh Road Transport Workers Federation protesting the killing of a bus driver allegedly by Detective Branch (DB) police in the district is underway on Thursday.

The strike that began at 6:00pm Wednesday disrupted road communications between the district and the rest of the country, causing sufferings to commuters.

Earlier, a regional committee of Bangladesh Road Transport Workers Federation announced the strike in two phases- one from  6 pm Wednesday to 6 pm on Thursday on 68 district routes connecting Chattogram and 19 local routes  and the second phase on April 28.

General Secretary of the workers’ body Mohammad Musa said that the second phaseof the strike will be enforced on all routes of five districts in the division for another 24 hours on April 28.

The protesters demanded immediate arrest of the killers and bringing them under trial.

A group of men who identified themselves as DB police members stopped the Shyamoli Paribahan bus for searching Yaba when it reached Shantirhat area of Patiya upazila, said Bablu Ahmed manager of ShyamoliParibahan regional unit quoting the bus supervisor AzimUddin.

They dragged bus driver Jalal Uddin, 50, hailing from Dinajpur, out of the vehicle and beat him up mercilessly 8 pm on Monday (April 22), leaving him severely injured, he said.

Later, doctors declared the driver dead when he was taken to Chittagong Medical College Hospital.