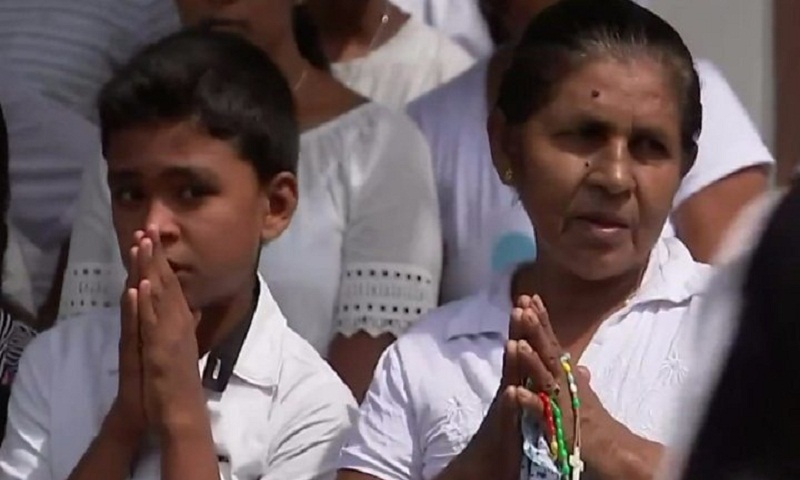 Sri Lanka has admitted a "major intelligence lapse" before the Easter Sunday bomb attacks which killed 359 people and wounded more than 500.

An Indian intelligence warning from the beginning of the month about planned attacks was not properly shared by the authorities, parliament heard.

President Maithripala Sirisena has moved to sack the defence secretary and inspector general of police.

Eight of the nine attackers have been identified as Sri Lankan citizens.

The government is investigating whether the Islamic State (IS) group was involved in the attacks which targeted churches and high-end hotels.

It has emerged that one of the attackers once studied in the UK and Australia before returning to Sri Lanka.

How did the authorities get it wrong?

"We have to take responsibility because unfortunately if the sharing of the intelligence information had been given to the right people, I think that at least this could have been avoided or even minimised," said Deputy Defence Minister Ruwan Wijewardene.

"Information was there but the top brass security officials did not take appropriate actions."

He said the Indian tip-off had been received on 4 April but, Reuters news agency says, both the president and Prime Minister Ranil Wickremesinghe reportedly did not receive it.