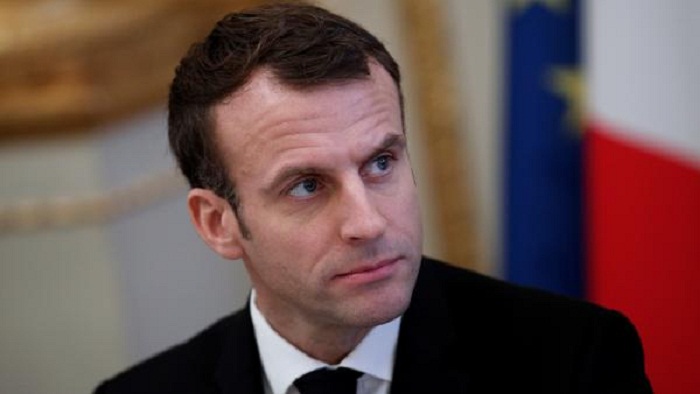 French President Emmanuel Macron will unveil his long-awaited response to nearly six months of humiliating street protests Thursday as he lays out reform plans that could prove decisive for his political future.

Macron swept to power in 2017 on hopes he would be a youthful breath of fresh air for France.

But over the past six months, the momentum has been thoroughly knocked out of his presidency following the emergence of the anti-government “yellow vest” movement which has held weekly protests against social inequality.

Thursday evening’s address, scheduled for 1600 GMT, will see Macron holding his first-ever full domestic news conference at which he will outline a series of reforms drawn up after a vast listening exercise launched in response to the protests.

He is expected to announce a series of important but not revolutionary measures, including tax cuts for the middle classes and the re-evaluation of small pensions — both of which were among the demands of the yellow vest protesters.

But most of the reforms are already known after leaks to the press, including the likely closure of the ENA administration school which has become a direct feeder for the French elite.

Macron will likely give a brief 20-minute address which will outline“several approaches and a direction” in response to the crisis, then he will take questions from French and foreign journalists, aides said.

The entire exchange will be broadcast live.

Macron, who will be surrounded by members of his cabinet, knows he has to “act very quickly to set out a calendar” for the reforms which will be announced, said government spokeswoman Sibeth Ndiaye.

Rather than changing the reforms which were leaked earlier this week, the idea is that Macron will “explain them”.

But he is likely to have an uphill struggle in defending the merits of his “Great Debate” with a Wednesday poll showing that only one in four believed the social, economic and political situation had improved since it began in January.

For Macron, known to favour surprise and the dramatic gesture, the stakes are huge.

Polls show his popularity rating stuck on or even under 30 percent, a far cry from the heady days after his inauguration when his approval rating was over 60 percent.

Macron already has his eye on 2022 presidential elections, acutely aware that his predecessors Nicolas Sarkozy and Francois Hollande only lasted one term and failed to implement lasting change.

At stake is not just his ambitious agenda to modernise France but his status as a global statesman able to stand up to US President Donald Trump and lead Europe as German Chancellor Angela Merkel steps aside and the UK is bedevilled by Brexit.

Quandary at the palace

Macron had been due to make his big announcement via a pre-recorded address which was to be broadcast on April 15.

But just two hours beforehand, Notre-Dame cathedral went up in flames, forcing the presidency to cancel the broadcast as Macron rushed out to the burning Paris landmark.

And a day later, someone leaked the entire text of his reform plan speech to the media.

In it, Macron had vowed to lower taxes on the middle classes — a measure he says would be funded by cracking down on tax evasion. And he promised to review his highly-unpopular decision to cut a “fortune solidarity tax” on high earners.

The leak created a major quandary for the Elysee, which was left wondering whether to rehash the old speech or try something new.

“Everything can still be improved or deepened,” admitted a presidential official, asking not to be named, who said some key announcements — like cutting taxes and abolishing ENA — would not be changed.

Also up in the air was how to deliver the message with the Elysee eventually plumping for a news conference in what will be a first for a head of state who critics say has kept a near imperial distance from the media.

Although Macron has held press conferences at home before, it has only ever been when foreign dignitaries are visiting, meaning this will be the first time he holds a full, wide-ranging news conference with the domestic media.

“This is an unprecedented exercise for Emmanuel Macron, who has been inclined to short-circuit traditional media, preferring a locked up communication carried out via social media,” Le Parisien newspaper said.