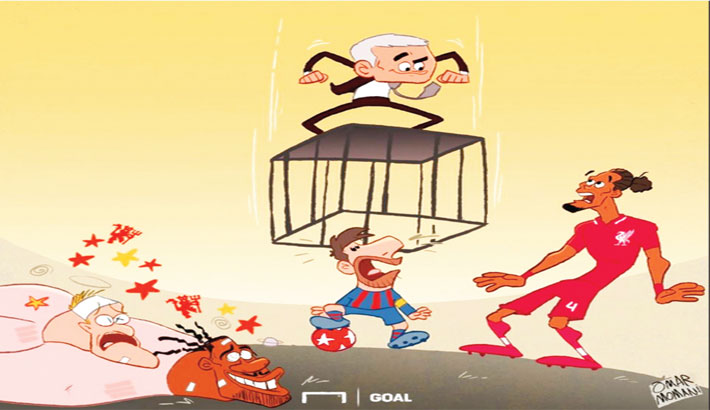 Liverpool vs Barcelona in the semi final of the Champions League. It’s set to be an incredible occasion.

The winner of the mouthwatering tie will surely fancy their chances of beating either Tottenham or Ajax in the final in Madrid. The clash between the two sides will also see Virgil van Dijk come up against Lionel Messi.

Many believe Van Dijk has established himself as the best defender in the world, while Messi is obviously considered the greatest to have ever played the game.

Well, Jose Mourinho has given Liverpool some advice ahead of the two ties.

“Messi is having a phenomenal season and now with Juventus and Cristiano Ronaldo outside this fight, he knows also that the golden ball is there waiting for him,”

‘Messi is easy to understand, but it’s not easy to create a cage to control him, because he comes from the right, but then stays in the middle. It’s very difficult.