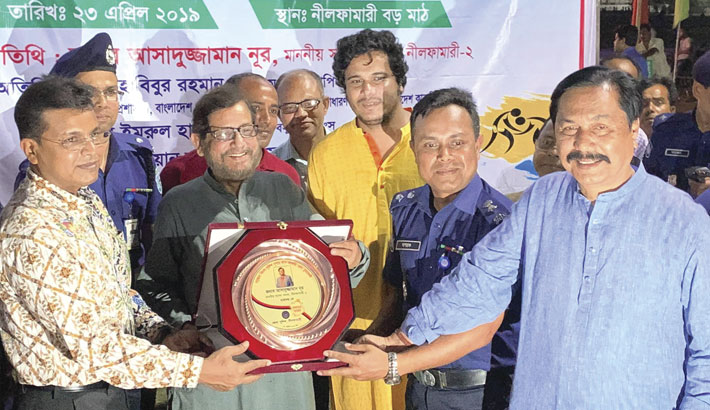 The tournament saw huge crows coming out to witness some scintillating Kabaddi encounters.

In the final, Nilphamari Sadar Thana thrashed Jaldhaka Thana to clinch the title and thereby earn prize money of one lakh taka.

This was the first Kabaddi tournament in the history of Bangladesh which was held in home and away format.