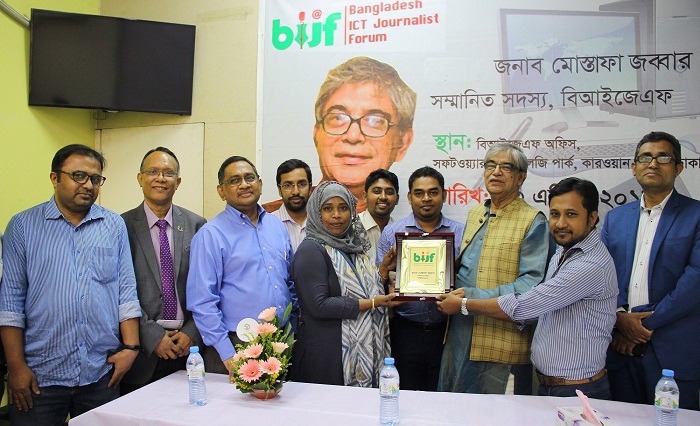 Regarding the special recognition, organisation’s members handed over a souvenir to Minister Mustafa Jabbar at a function at BIJF secretariat at Janata Tower in the capital on Tuesday, according to a handout of the organisation.

In his reaction, Minister Mustafa Jabbar said: “It’s a great honour to me through such recognition. I hope, the organisation will represent the professional journalism in technology sector.”

Minister also assured the organisation members to continue all kinds of support for the sake of members’ welfare.

In a joint statement, President Mojahidul Islam and General Secretary Hasan Zakir mentioned that the BIJF becomes proud to recognise Mustafa Jabbar, pioneer of technology journalism in the country and also father of Bangla computing.

Mentionable, BASIS and BCS former President Mustafa Jabbar is now serving the nation with a ministerial portfolio at the government on Post, Telecommunications and Information Technology.