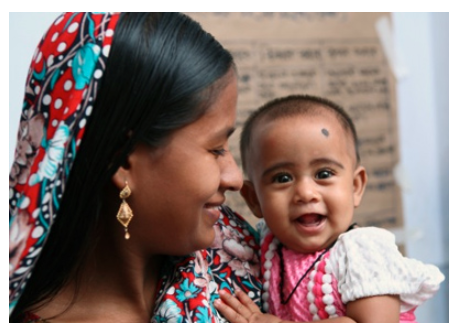 The government is implementing a project titled ‘Income Support Program for the Poorest (ISPP)-JAWTNO’ with a cost of Taka 2,441.46 crore for providing supports to around six lakh poor mothers in 444 unions under 43 upazilas of seven districts across the country.

With the support of the World Bank, the Local Government Division is implementing the project, which will be completed in June 2020.

“Under the project, the government distributed Taka 13.80 crore among the 21,810 beneficiaries up to December 2018. The amount was distributed through cash card under the electronic process,” Project Director of the ISPP-JAWTNO Project Shaikh Md Kabedul Islam told BSS.

He said they have already selected over 1.64 lakh beneficiaries in the seven districts- Mymensingh, Jamalpur, Sherpur, Gaibandha, Kurigram, Lalmonirhat and Nilphamari.

Due to unavailability of data from Bangladesh Bureau of Statistics (BBS), he said, the selection of beneficiaries was delayed. Kabedul Islam informed that they have already conducted over 4,500 Child Nutrition and Cognitive Development (CNCD) sessions for physical and mental development of the zero to 60 months old children.

“A total of 134 Ante-natal Care (ANC) sessions have also been conducted for pregnant mothers while 3,598 Growth Monitoring and Promotion (GMP) sessions for physical growth of the zero to 60 months old children,” he added.

Kabedul Islam said the main objectives of the project are to provide income support through the Conditional Cash Transfer (CCT) to the poorest mothers in selected 43 Upazilas under seven districts for increasing the mothers’ use of CNCD Services and enhancing Union Parishad’s capacity to deliver social safety nets.

The beneficiaries of the project are the pregnant women and mothers with their first two children below the age of 5 years from the selected poorest households, he added.

Under the project, he said, pregnant mothers are getting Taka 1,000 per visit for their up to four ANC visits to the community clinics during the pregnancy.

“Mothers, whose first or second child is below 24 months, get Taka 700 per visit for taking child to community clinics for height and weight check-up. If mothers are able to maintain regular monthly check up over one quarter, they are entitled to an extra Taka 700,” he added.

Kabedul Islam said mothers with children between 2 and 5 years receive Taka 1,500 per visit in a quarter to take the children for health check-up.

“Beneficiary women, who attend CNCD sessions every month get 700 per visit. In a quarter, if they complete all three visits, they get extra bonus Taka 700,” he added.