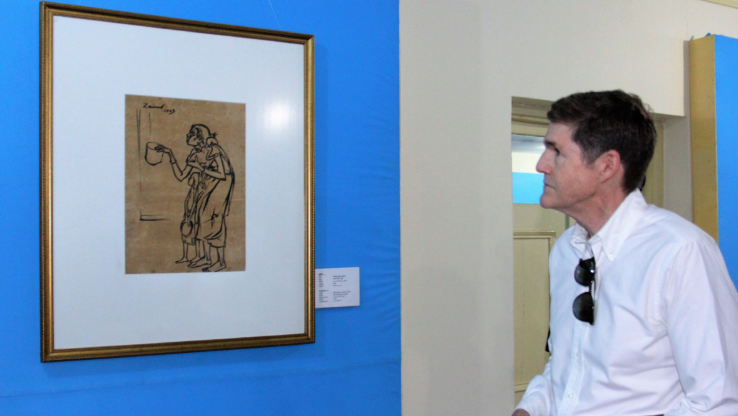 The program was launched with support from USAID and the USAID-funded Feed the Future Post-Harvest Loss Reduction Innovation Lab in Netrakona.

During his visit April 23-24, Ambassador Miller met academics, students, businessmen, and government officials in the region, said a press release.

He also met teachers and students enrolled in the Food Safety Management program, launched with USAID’s support in March 2019 to address the need for food safety professionals in the agro-export industry.

This program is the first of its kind in South Asia.

Ambassador Miller visited a small engineering firm that has produced a low-cost charcoal-fired dryer for processing rice and other grains, with technical assistance and funding from USAID.

The BAU-STR model half-ton capacity batch dryer can dry paddy rice in 4 to 5 hours, making the process more efficient and in effect almost 30 percent cheaper than traditional sun drying and reducing post-harvest drying loss.  This demonstrates the capacity of Bangladeshi small and medium enterprises to innovate and meet the demand for a growing agricultural mechanization sector.

He also visited historic sites including the ruins of Jamidar Bari at Muktagacha and the ruins of Shoshi Jamidar Bari.  He also attended a Mymensingh Geetika folk ballad performance at the Shilpokola Academy and visited the Shilpacharya Zainul Abedin Art Museum.