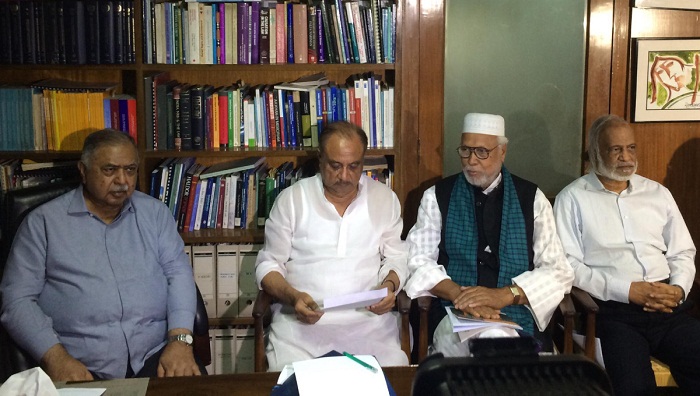 Raising alarm at the growing incidents of rape in the country, Jatiya Oikya Front convener Dr Kamal Hossain on Wednesday urged people to forge a united movement to protect women’s rights and establish the rule of law.

“Unwanted incidents are happening in the country one after another. The rape of women has turned epidemic. The deterioration in law and order is evident here,” he made the remarks while talking to journalists after a meeting of the alliance at his Motijheel chamber in the capital, reports UNB.

“We think the movement has to be strengthened and we’ve to take to the street actively so that people’s rights are protected and the rule of law is established. It’s now essential,” Dr Kamal, also Gano Fourm president added further.

Oikya Front leader ASM Abdur Rob said they will hold a mass gathering at Shahbagh intersection in the city on April 30 in protest against the repression of women and rape.