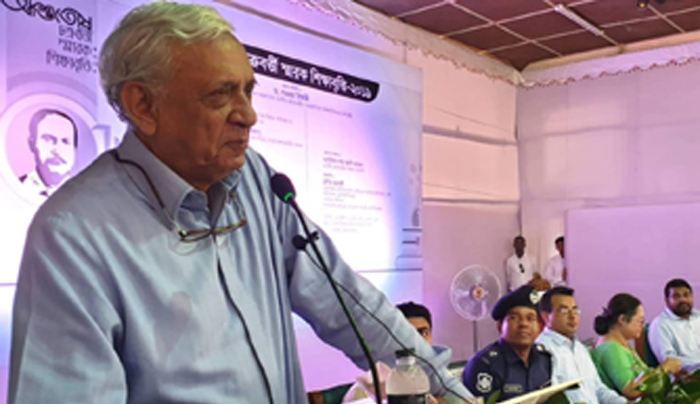 Prime Minister’s Adviser on International Affairs Dr. Gowher Rizvi has said relationship between Bangladesh and India would always remain strong regardless of which political party is in power.

The advisor on Wednesday came up with this observation to local journalists in Brahmanbaria after distribution of the ‘Ashutosh Chakraborty Memorial Scholarship’ at Syed Sirajul Islam Auditorium in Sarail.

“Relations between Bangladesh and India would be more strengthened in the coming days,” Rizvi told.

While drawing attention to the possible Indo-Bangla relation after India’s ongoing Loksabha polls, Gowher Rizvi said “election in India is completely India’s internal matter. Ties of Bangladesh and India will remain warm after the polls no matter BJP and Congress comes to power.”

“Our relation actually based on the ties between the people and governments of the two countries. New government of India would certainly come to power with people’s mandate,” he said.

A total of 65 students from ten high schools got stipend and five underprivileged students of the upazila were given financial assistance at the function.