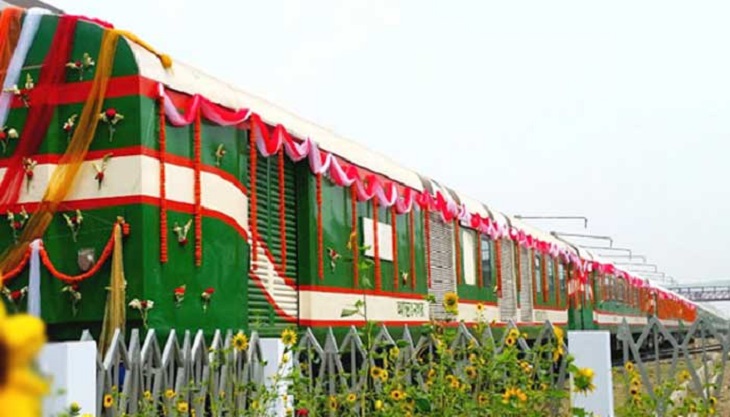 The new non-stop intercity train titled ‘Bonolota Express’ is all set to start its operation on Rajshahi-Dhaka route tomorrow (Thursday).

“We are almost ready to start the train tomorrow. The train has already been brought to Rajshahi Railway Station from Ishwardi Junction,” said Khandakar Shahidul Islam, General Manager of the zone, while talking to BSS today.

He says Prime Minister Sheikh Hasina will launch the train service through video conference from Dhaka at 10am.

Railways Minister Nurul Islam Sujan, MP, and Rajshahi City Corporation Mayor AHM Khairuzzman Liton accompanied by many other dignitaries will attend the inaugural ceremony to be held at Rajshahi Railway station before departure of the opening train at 11:10 am on Thursday.

The 928 seated ultramodern and high speed train with 12 coaches including two air-conditioned chairs and seven non-air conditioned chairs will be running on the route without any stoppage between Dhaka and Rajshahi.

According to the schedule, the train will start from Rajshahi at 7am and reach Kamalapur Railway Station by 11:40 am. It will leave at 1:15 pm and reach Rajshahi at 6 pm.