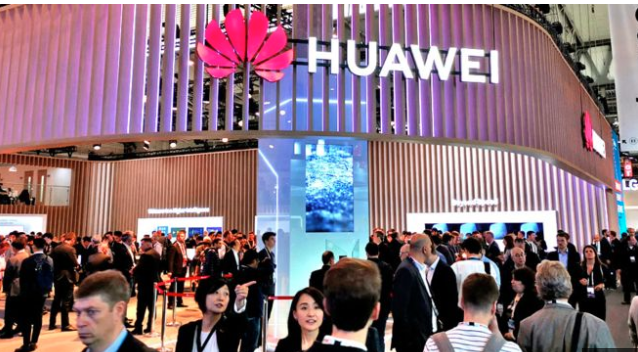 The  UK government has approved the supply of equipment by Chinese telecoms firm Huawei to the UK's new 5G data network despite warnings of a security risk.

There has not been formal confirmation but the Daily Telegraph says Huawei will help build some "non-core" parts.

The US wants its allies in the "Five Eyes" intelligence grouping - the UK, Canada, Australia and New Zealand - to exclude the company.

Huawei has denied that its work poses any risks of espionage or sabotage.

But Australia has already said it is siding with Washington - which has spoken of "serious concerns over Huawei's obligations to the Chinese government and the danger that poses to the integrity of telecommunications networks in the US and elsewhere".

Cyber threats are among the issues on the agenda for discussion by the once-secret Five Eyes alliance, at a security conference in Glasgow.

A spokesman for the Department of Digital, Culture, Media and Sport has said it is reviewing the supply of equipment for the 5G network and will report in due course.

Digital minister Margot James responded to the reports about Huawei by tweeting: "In spite of Cabinet leaks to the contrary, final decision yet to be made on managing threats to telecoms infrastructure."

Huawei, which already supplies equipment used in the UK's existing mobile networks, has always denied claims it is controlled by the Chinese government.

It said it was awaiting a formal government announcement on the UK's 5G plans, but was "pleased that the UK is continuing to take an evidence-based approach to its work", adding it would continue to work cooperatively with the government and the industry.

Ciaran Martin, the head of the National Cyber Security Centre - which oversees Huawei's current work in the UK - told BBC Radio 4's Today programme that a framework would be put in place to ensure the 5G network was "sufficiently safe".

Asked about the potential of a conflict in the position among members of the Five Eyes alliance, he added: "In the past decade there have been different approaches across the Five Eyes and across the allied wider Western alliance towards Huawei and towards other issues as well."

According to the Daily Telegraph, Huawei's involvement in the 5G network would include helping to build parts of antennas or other infrastructure.

Such a decision would mean Huawei would not supply equipment for use in what is known as the "core" parts of a mobile network - where tasks such as checking device IDs and deciding how to route voice calls and data take place.

BBC security correspondent Gordon Corera says it is believed the decision to involve Huawei was taken by ministers at a meeting of the government's national security council on Tuesday.

The home, defence and foreign secretaries were reported to have raised concerns during the discussions, which are chaired by Prime Minister Theresa May.