3 held with wine-yaba in Habiganj 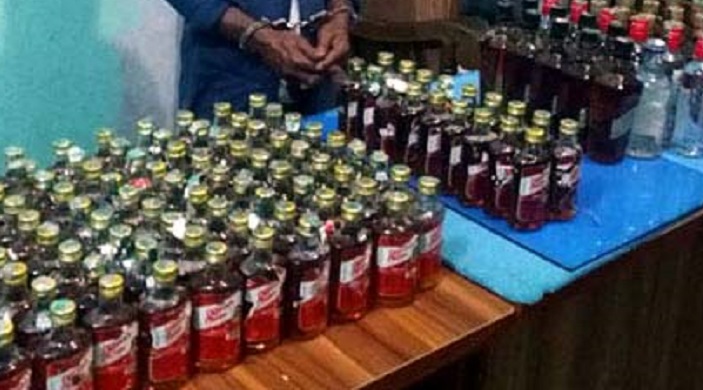 Police in separate drives arrested three drug peddlers along with 162 bottols of foreign wine and 60 pieces of yaba from Madhabpur and Nabiganj Upazila under Habiganj on Tuesday night.

Police also seized a motorcycle from the spot during the drives.

The arrestees were identified as Sabuj Mia, 35, son of Mohibullah, of Paikpara village in Chunarughat Upazila, Juwel Mia, 32, son of Ayush Mia, of Rajendrapur Village and Altaf Uddin, 55, of Nabiganj Upazila.

Officer-in-Charge (OC) Morshed Alam of Kashimnagar Police Outpost in Madhabpur said on information, a team of police conducted a drive in Mangalpur area and arrested drug peddler Sabuj with 60 pieces of yaba.

Later, according to his confession, Juwel was arrested with a motorcycle from the same area. Cases have been filed against them under the Narcotics Control Act.

Assistant Director Sheikh Mohammad Khaledul Karim of the Department of Narcotics Control in Habiganj said acting on information, law enforcers conducted a raid in Intajganj area of Nabiganj Upazila and arrested Altaf with 162 bottols of foreign wine. A case has been filed against him, he added.