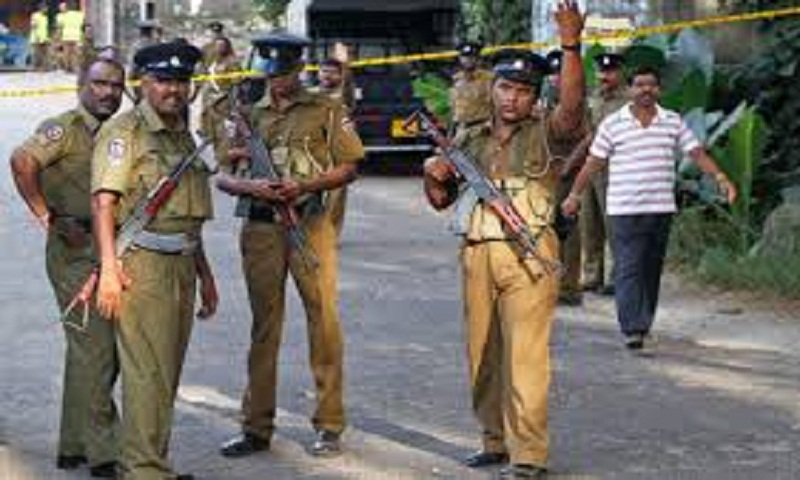 Sri Lanka's president has vowed to overhaul state security after several bomb blasts on Sunday killed 359 people and wounded about 500.

On Tuesday, Maithripala Sirisena said warnings had not been shared with him and promised "stern action".

The country's Prime Minister Ranil Wickremesinghe said the Islamic State (IS) group may be linked to the blasts.

Funerals are continuing across the country as people try to process last Sunday's attacks.

IS has claimed the attack, although it did not provide direct evidence of its involvement.

On Wednesday, the death toll saw another rise with police giving the latest figure as 359.

In a televised address late on Tuesday President Sirisena said he would completely restructure the police and security forces in coming weeks.

"The security officials who got the intelligence report from a foreign nation did not share it with me. I have decided to take stern action against these officials."

The BBC World Service's South Asia Editor Ethirajan Anbarasan said it was an embarrassing admission by President Sirisena that security officials did not share with him the intelligence report warning about the attacks.

Sri Lankan officials said 38 foreign nationals were among the dead, with another 14 unaccounted for. The death toll includes at least eight British citizens and at least 11 Indian nationals.

The mass funeral for about 30 victims took place at St Sebastian's church in Negombo, north of Colombo, which was one of the places targeted in Sunday's blasts. Another funeral service was scheduled for later on Tuesday.