UK wants even stronger ties with Bangladesh after Brexit 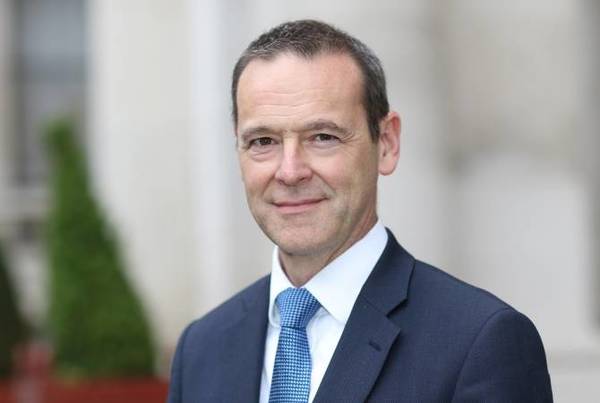 The United Kingdom (UK) has said it wants to have even stronger relationship with Bangladesh once they come out from the European Union (EU), noting that Bangladesh’s economy has been “growing strongly” in recent years.

“Bangladesh is an important market for the UK and it’s becoming even more important,” said visiting Permanent Under-Secretary of the UK’s Foreign and Commonwealth Office Sir Simon McDonald on Tuesday.

Talking to a small group of reporters, including the UNB correspondent, he said Brexit is happening though it has been delayed.

“Once the UK is outside the EU, we can look afresh at our relationship further afield….we think there’re new possibilities,” said Sir Simon who arrived here to attend the third Strategic Dialogue between Bangladesh and the UK scheduled for Wednesday.

He said once they are outside the EU, they expect to be able to trade even more freely with partner countries like Bangladesh. “But this will have to be negotiated.”

Responding to a question, he said business relations with Bangladesh is important to them but noted that the trade balance is very heavily in Bangladesh’s favour right now with much of Bangladeshi garments going to the UK market.

Sir Simon who had a series of meetings on Tuesday since his arrival in the city in the morning said it is his ‘clear impression’ that Bangladesh wants to improve its ranking to ease doing business.

According to the World Bank (WB) Group’s report, “Doing Business 2019: Training for Reform” Bangladesh ranked 176th out of 190 countries for ease of doing business, up from a ranking of 177 last year.

The British senior official who also had a meeting with Prime Minister’s Foreign Affairs Adviser Dr Gowher Rizvi said they have a close relationship with Bangladesh historically and are very proud of the role which the Bangladesh community plays in the UK.

Talking about Rohingya issue, Sir Simon said the challenge of Rohingya is very much in the UK’s mind and it is more in the Bangladesh’s mind because Bangladesh is now hosting more than 1 million Rohingya people.

The British senior official who visited Myanmar in January said Myanmar is very well aware about international interest in the Rohingya issue and many international visits over the past months in Myanmar have shown to Myanmar that this is not an issue that the international community is going to let it be dropped.

He said the UK, as one of the permanent members of the UNSC, is the penholder on Rohingya issue in New York. “This is a constant feature of our dialogue.”

Asked whether he sees any quick solution to Rohingya crisis, he said, “Frankly, not in the near future. But I note that the immediate crisis is less than it was two years ago.”

Sir Simon said he thinks it is going to take a long time to solve, and mentioned that Myanmar is a country that acknowledges 130 different ethnic groups but the Rohingya people are not among them. “This is a key issue for us and we aren’t going to let it be dropped."

Responding to a question, he said there are some high-profile cases but they do not comment on individual cases.

On freezing bank account of any individual outside the UK, Sir Simon said any action taken against any account in the UK would have to be done through the UK law.