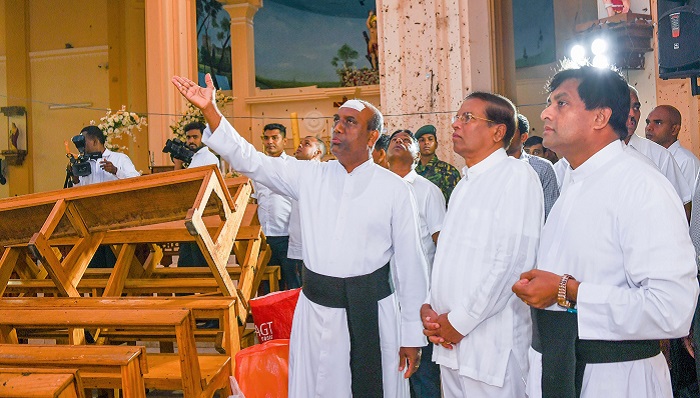 Sri Lanka's president on Tuesday vowed a major shake-up of the military's top brass in the wake of the deadly Easter suicide bombings, after the government admitted warnings were ignored.

President Maithripala Sirisena, who is also defence and law and order minister, said he will carry out a complete reorganisation of the security forces and the police under his control.

"I hope to make major changes in the leadership of the security forces in the next 24 hours," the president said in a nationwide address.

"The restructuring of the security forces and the police will be completed within a week."

Prime Minister Ranil Wickremesinghe has acknowledged that police had intelligence about the suicide strikes against churches and luxury hotels before the bombings on Sunday, but failed to act on it.

More than 320 people were killed.

An investigation was underway to establish why police did not share intelligence with Wickremesinghe's office, he told reporters on Tuesday, shortly before the president's address.

The Islamic State group has claimed responsibility for the series of bombings at three Catholic churches and three high-end hotels, and released a photo of the men it said were responsible.