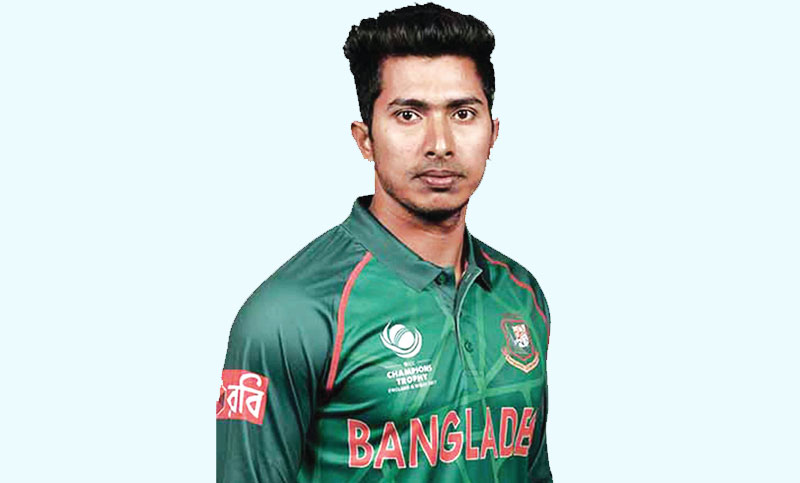 Batsman Soumya Sarkar said on Tuesday that though he was nervous initially during the chase of over 300 runs he made sure he remain positive during the course of his innings.

On the back of Soumya’s blazing innings Abahani topped Lt Sheikh Jamal Dhanmondi Club’s 317 runs for 9 wickets easily, winning by 9 wickets and getting there with 17 balls in hand.

Chasing a big target in the List A game, Soumya and Jahurul Islam put up 312 for the first wicket, now a record for any wicket in the format in Bangladesh, to put their team within the stroke of victory.

“I was a bit nervous because the target was more than 300 runs. It is always hard to chase 300-plus runs. We scored 300-plus runs in the previous match against Rupganj (Legends of Rupganj). In that match Rupganj was in a hurry while chasing the target,” Soumya told reporters after the match.

“Today (Tuesday) when I came to bat I was thinking about this. Wicket was very good to bat on. We made a plan to play positive cricket. If we managed to score 40 runs in the first 10 overs it would not be an issue. This type of wicket is helpful for hitting at will,” he said.

“All of our batsmen have the ability to hit the ball hard. Moreover, the wicket was very good. So I tried to build a big partnership within 20 overs so that we can play easily in the rest of the 30 overs,” he added.

Soumya became the first Bangladesh batsman to score a double-century in a List A game to make sure he got back the confidence.

Soumya struck 14 fours and 16 sixes in his 153-ball knock, mostly peppering the long-on, long-off and midwicket boundaries at the Bangladesh Krira Shikkha Protisthan (BKSP) Ground 3, where he struck 106 in the previous game as well.

“Definitely the feeling is good as I have scored a lot of runs. It will also boost my confidence. I haven’t tried anything different. My batting hasn’t changed and it has remained the same,” said Soumya.

“I didn’t think of scoring 200 runs till I reached 190 runs. After that my hope was increased. At that time I was determined not to give up the opportunity and I have to reach the milestone at any cost. I was feeling a bit nervous. If we got any bye runs then Omi bhai might not be able to reach his century. We were playing one to one at that time,” he added.

Soumya said that he had learnt a lot from veteran Wasim Jaffer, who had some extensive sessions with him prior to the game against Rupganj, when he indicated of returning back to form.

“I have seen his (Wasim) batting very closely. He is a very good and experienced player. He scored 40 thousand runs in his career,” said Soumya.

“Since he scored this much runs, he definitely has the quality. I have understood how he thinks in the field and outside the field. I also followed his way of batting. I talked with him about this, nothing more than that,” he concluded.