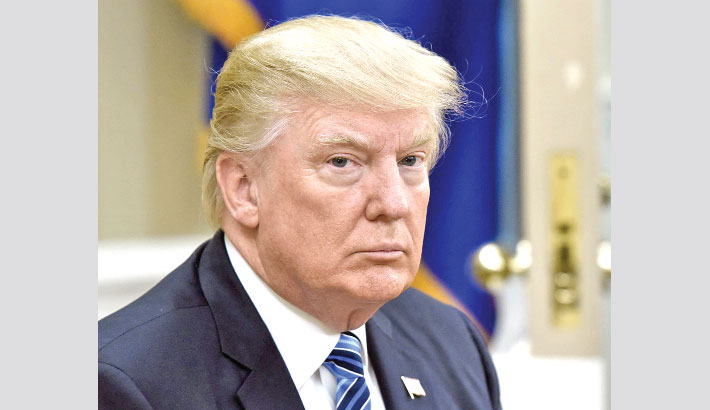 WASHINGTON: US President Donald Trump said on Monday that Congress “can’t impeach” him over the findings of the Mueller report into Russian election meddling and his alleged attempts to hamper the investigation, reports AFP.

Defiantly insisting that he did nothing wrong, Trump also denied a portrait of dysfunction in the White House where disobedient aides are said to have saved him from committing obstruction of justice by refusing to carry out his instructions.

Asked by reporters at a White House Easter event for children whether the prospect of impeachment worries him, Trump replied: “Not even a little bit.”

“Only high crimes and misdemeanors can lead to impeachment. There were no crimes by me (No Collusion, No Obstruction), so you can’t impeach,” Trump stated earlier on Twitter.

Meanwhile, US President Donald Trump will make a state visit to Britain hosted by Queen Elizabeth II on June 3-5 during which he will also meet Prime Minister Theresa May, officials said on Tuesday.

“The President of the United States of America, President Donald J. Trump, accompanied by Melania Trump, has accepted an invitation from Her Majesty The Queen to pay a State Visit to the United Kingdom from Monday 3rd June to Wednesday 5th June 2019,” Buckingham Palace said in a statement.

However, Democrats believe the Mueller report has revealed serious wrongdoing by the president and have yet to decide on impeachment.

The report confirmed that Russian operatives had attempted to interfere in the 2016 election to help Trump beat Democratic candidate Hillary Clinton, including by hacking into email accounts.

The probe also found that Trump’s campaign took advantage of the impact on Clinton, but did not deliberately reach out to collude with the Russians.

During the investigation, Trump repeatedly tried to hamper Mueller’s work, the report said.

But Mueller did not rule one way or the other on whether Trump had committed the crime of obstruction of justice, effectively leaving the matter to Congress.