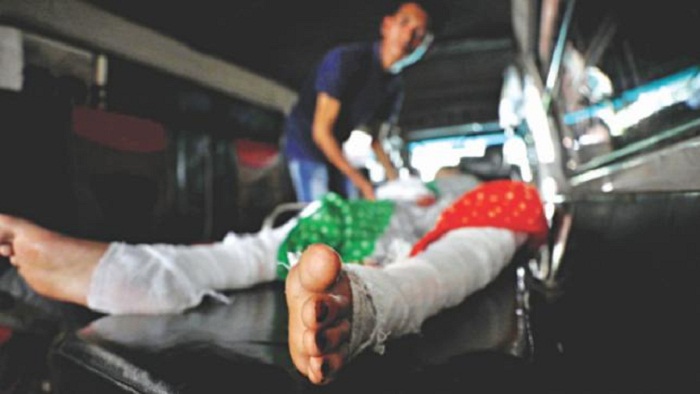 Mentioning that the investigation into the Feni madrasa girl Nusrat Jahan Rafi murder is on the right track, the High Court on Tuesday said it will not interfere in it at this stage.

The HC bench comprising Justice FRM Nazmul Ahasan and Justice KM Kamrul Kader came up with the remark during a hearing on a writ petition filed seeking judicial inquiry into the madrasa girl murder.

“We don’t see any negligence on the government’s part in investigation and the Prime Minister herself is monitoring the case. The investigation being conducted by the Police Bureau of Investigation is also going on properly. So, we don’t want to interfere in it so that their work is not hampered,” said the court addressing the writ petitioner.

The HC also fixed Sunday for the next hearing on the petition.

The writ also sought court’s directives to take necessary steps to send the case to the Speedy Trial Tribunal immediately and provide compensation to Nusrat’s family.

It also sought necessary action against the law enforcers who were involved in showing negligence to protect Nusrat.

Besides, it sought an order to issue a rule for taking necessary steps to hand over the case to Rapid Action Battalion (Rab) for proper investigation.

“The Prime Minister had asked the law enforcement agencies to arrest all of those involved in the killing of Nusrat and following her directive, all the accused have been arrested within a short period of time,” he said while talking to reporters at his residence on Tuesday.