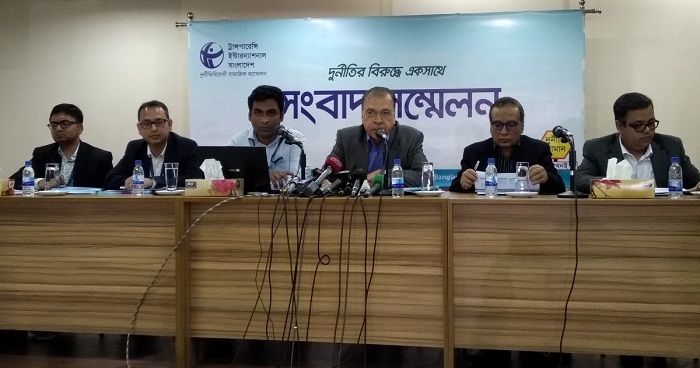 The Transparency International Bangladesh (TIB) on Tuesday claimed that garment workers did not get their wages raised but those were actually reduced by 26 percent in the new pay structure if the annual 5 percent increment system is taken into consideration.

“Apparel owners have deceived their workers in the name of wage increment. They actually reduced the wages by 26 percent in the new wage structure,” TIB Executive Director Dr Iftekharuzzaman said while addressing a press conference at its Dhanmondi office.

Dr Iftekharuzzaman said there is a system as per the labour law to raise the wages of workers by 5 percent every year. “But we’ve noticed that wages in the new structure were not increased in real sense; rather those were decreased by 26 percent.”

According to the TIB report, Tk 8,500 was the basic salary for the workers under Grade I in 2013 and it was raised to Tk 10,938 in the new revised pay structure announced in January last. “It could have been Tk 13,343 had the 5 percent increment taken into consideration. So, workers have got their wages slashed by Tk 2,405 for not including the increment,” it said.

The TIB chief said the RMG sector has made progress but there is also discrepancy everywhere. “There’s a big deception in the minimum wage structure for workers. Even many cases were filed against workers who demonstrated for their wages and many were terminated.”

He also said there is weakness in trade union rules and most of the union leaders are influenced by owners.

Replying to a query, Iftekharuzzaman said their research is authentic.

He also said around 51 percent survivors of the Rana Plaza tragedy are still jobless. “Even many victims haven’t got compensation yet.”

The TIB recommended forming a single body to supervise and cooperate in garment sector for good governance, removing existing limitations between the Labour Act-2018 and EPZ Labour Ordinance-2019, forming speedy trial tribunal for disposing of cases filed during any accident, maintaining a peaceful atmosphere in the garment sector, taking steps to reinstate dismissed workers and withdrawing all the ‘motivated’ cases filed against them.