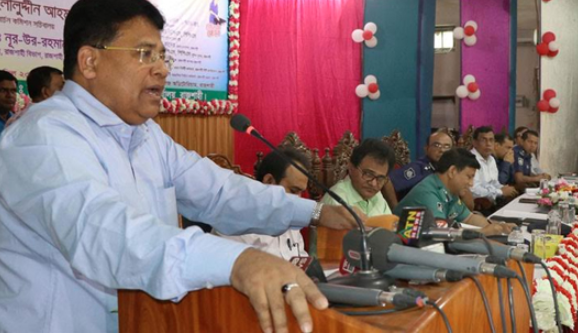 “Separate voter lists will be formulated for the population. Afterwards, they will be given NID cards,” he said while inaugurating the voter list updating programme of Rajshahi region at Rajshahi College auditorium here as the chief guest.

Helaluddin Ahmed said the third gender people will be brought under voter list so that they can avail the scope of exercising their rights of franchise in polling centres like other voters.

He, however, said the issue of vote casting is not related to NID but it’s related to getting civic services. So, the NID is essential for all citizens. When all people will be given NID, corruption and crimes will be reduced to a greater extent in the country, he added.

EC Secretary Helaluddin said all the local government elections will be held through Electronic Voting Machine (EVM) from now on. He said: “The EVM is enriched with modern technologies. So, the EC will use it confidently in the local body election”.

He also said the government remains alert so that not a single foreigner or Rohyngia can get chance of enlisting their names in voter lists.

District administration and police department were asked to remain vigil on movement of Rohyngias in their respective areas.