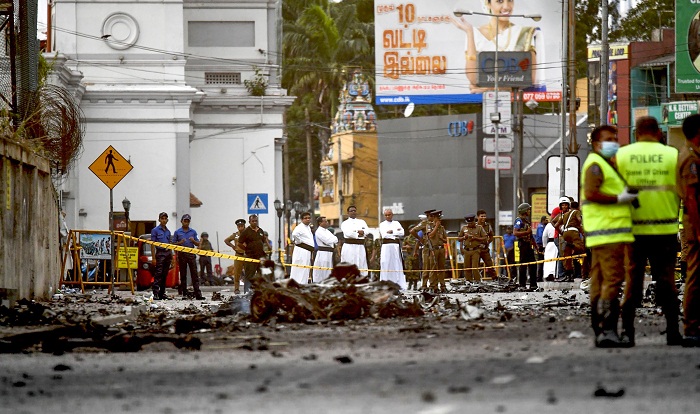 Sri Lankan police on Tuesday areested a Syrian national in custody for questioning over the Easter Sunday attacks on churches and hotels, Reuters reported.

"The terrorist investigation division of the police arrested a Syrian national following the attacks for interrogation," a Sri Lankan police source said.

Two other officials with knowledge of the investigation confirmed the detention.

"He was arrested after interrogation of local suspects," another source said.

No group has yet to claim responsibility for Easter Sunday's suicide bomb attacks on three churches and four luxury hotels that killed 310 people and wounded about 500 others.