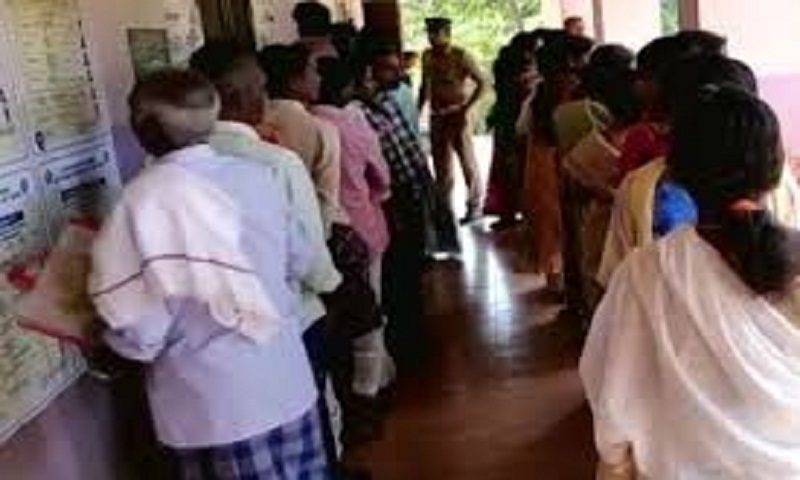 Two senior citizens collapsed and died while waiting to cast their vote in two Lok Sabha constituencies, while another elderly person shortly after exercising his franchise in Kerala Tuesday.

Vijayi (65) was waiting for her turn to vote at the Chokli Rama vilasam L P School booth near Panur, which comes under Vatakara constituency, when she collapsed, police said.

Though she was rushed to hospital, she could not be saved.

Similarily, Paapachan (80) collapsed and died at a polling booth in Vadasserikkara in Pathanamthitta district.

In another incident here, 72-year-old Venugopala Marar, whocomplained of uneasiness after reaching home from the polling station, was declared brought dead at the cooperative hospital in Taliparamba, reports PTI.