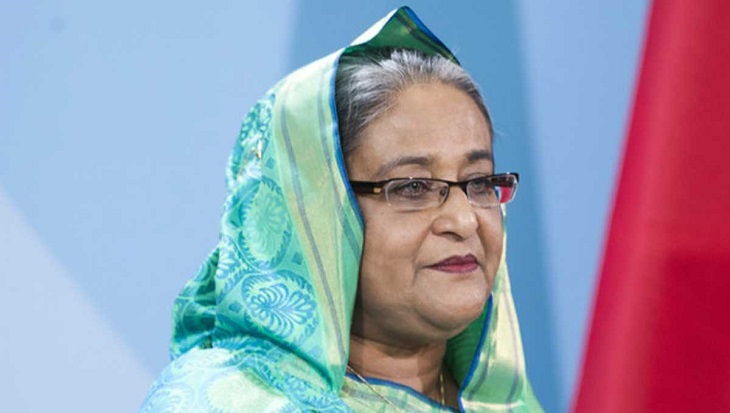 She was seen off by Brunei's Primary Resources and Tourism Minister Dato Ali Apong.

The Prime Minister was given a static guard of honor by the Brunei Royal Armed Forces.

The flight is scheduled to land at Hazrat Shahjalal International Airport in Dhaka at 7:45pm (local time).

During her stay, Bangladesh and Brunei signed seven instruments for strengthening cooperation mainly in the fields of agriculture, fisheries, livestock, culture and sports, and the supply of LNG.

The instruments were signed after the official bilateral meeting held between Prime Minister Sheikh Hasina and Brunei's Sultan Haji Hassanal Bolkiah at the Istana Nurul Iman, the official residence of the Sultan of Brunei.

Of the seven instruments, six are MoUs and one is exchange of notes.

The Prime Minister had a general audience with Sultan Haji Hassanal Bolkiah Mu'izzaddin Waddaulah and the Royal Family at Istana Nurul Iman, the official residence of the Sultan of Brunei.

She also attended the official banquet hosted by the Sultan in honour of her.

The Prime Minister laid the foundation stone of new chancery building of Bangladesh High Commission at the Diplomatic Enclave in Jalankebangsaan.

She attended a community event and joined dinner hosted by the High Commissioner of Bangladesh to Brunei at Empire Hotel.

The Prime Minister visited the Jame Asr Mosque and offered Asr prayers there. She visited the Royal Regalia Museum located in the heart of Bandar Seri Begawan, the capital of Brunei.