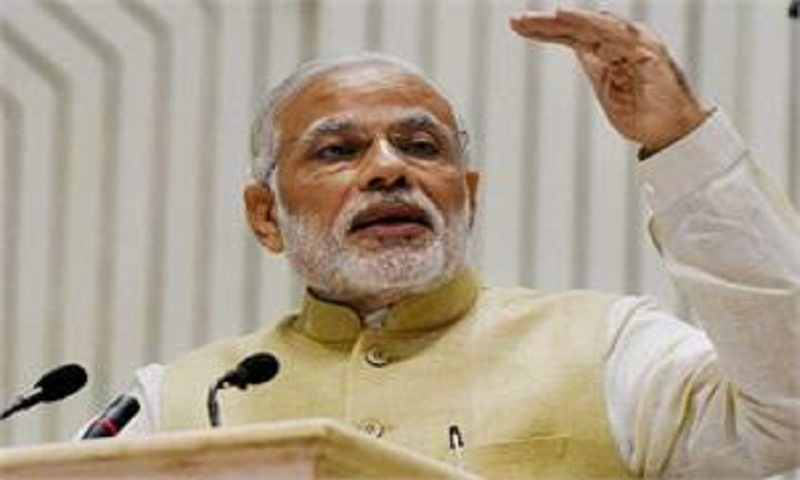 He was speaking after casting his vote during the single-phase polling for Lok Sabha in his home state Gujarat.

After casting his vote, Modi walked some distance from the polling booth and interacted briefly with mediapersons.

"Indian democracy presents an example before the world. While on one hand, an IED (improvised explosive device) is the weapon of terrorists, on the other hand, the voter ID (identity) is the weapon and power of democracy," he said.

"I am confident that the power of voter ID is much more than the IED and we should understand the importance of the voter ID card and come out to vote in large numbers," he said.

Modi said he feels fortunate to participate in "the great festival of democracy" in his home state Gujarat.

"The third phase of polling is taking place today in the country. I am fortunate that I also got the proud moment to fulfil my duty by voting in my home state Gujarat and to have an active participation in this great festival of democracy," he said.

Polling in all the 26 Lok Sabha seats in Gujarat is being held in a single phase Tuesday.