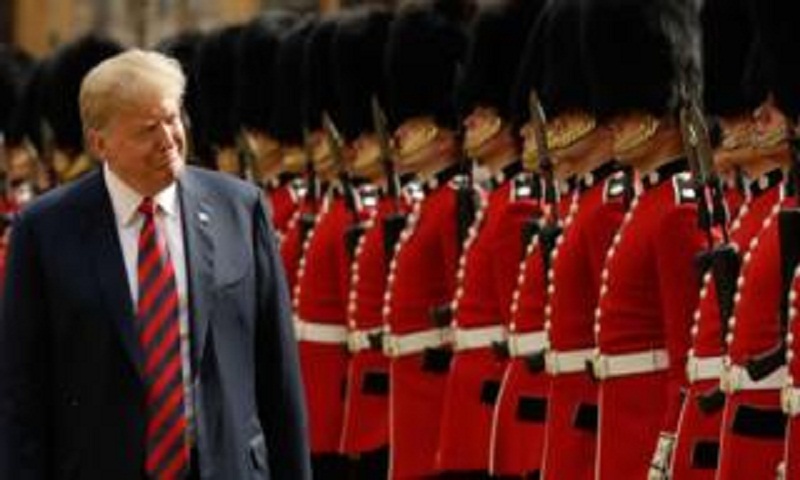 Buckingham Palace is expected to announce on Tuesday that US President Donald Trump will make a state visit to the UK in early June.

The president was promised the visit by Prime Minister Theresa May after he was elected in 2016 - but no date was set.

Downing Street did not comment on the matter when contacted by the BBC.

President Trump and the first lady, Melania, visited the UK in July 2018 for a two-day working visit.

During the 2018 trip, the president met Mrs May at Chequers and the Queen at Windsor Castle before heading to Scotland, where he owns the Turnberry golf course.

The president's last trip to the UK was marked by demonstrations around the UK.

In London, thousands of protestors took to the streets to voice their concerns about the visit.

And in Scotland, people showed their displeasure both in Edinburgh and at Turnberry.

It said 10,000 officers from across the country were needed to cover the occasion.