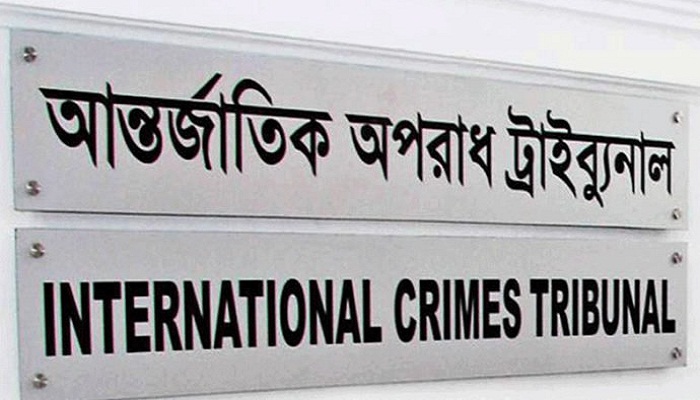 The International Crimes Tribunal will deliver its verdict on Wednesday against two Netrakona men accused of war crimes.

The accused are Hedayetullah Anju BSc and Shohrab Fakir. Both were members of local ‘Peace Committee’ (collaborators) during the Liberation War.

On March 7, the tribunal kept the verdict pending after the prosecution and defence finished closing arguments.

Of the accused, Shohrab is in the jail and Hedayetullah is on the run.

Six charges, including murder, mass killing, torture, abduction and arson at Madhuakhari, Mobarakpur, Shukhari and Madan villages in the district, were brought against them.

ICT investigation team looked into the allegations and submitted a report on September 8, 2016.

A total of 40 people were made witnesses in the case.

Hedayatullah’s brother Manju was also accused in the case. He was acquitted after his death in 2017 while undergoing treatment at hospital.