Greenland is melting even faster than experts thought, study finds 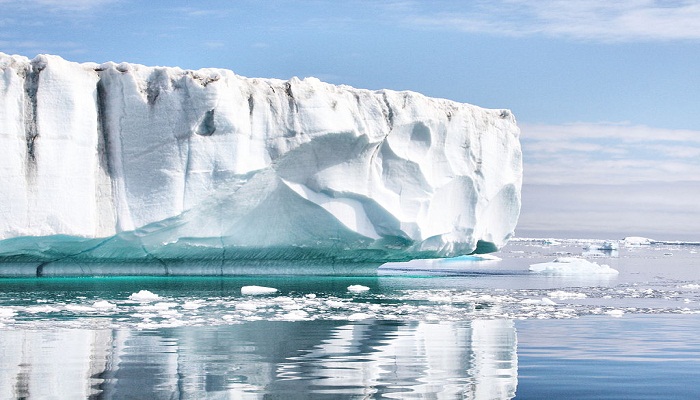 Climate change is eliminating giant chunks of ice from Greenland at such a speed that the melt has already made a significant contribution to sea level rise, according to a new study. With global warming, the island will lose much more, threatening coastal cities around the world.

Forty percent to 50% of the planet's population is in cities that are vulnerable to sea rise, and the study published Monday in the Proceedings of the National Academy of Sciences is bad news for places like New York, Miami, Los Angeles, Tokyo and Mumbai.

Researchers reconstructed the mass balance of the Greenland Ice Sheet by comparing estimates of the amount of ice that has been discharged into the ocean with the accumulation of snowfall in the drainage basins in the country's interior for the past 46 years. The researchers found that the rate of ice loss has increased sixfold since then -- even faster than scientists thought.

"We wanted to get a long precise record of mass balance in Greenland that included the transition when the climate of the planet started to drift off natural variability, which occurred in the 1980s," study co-author Eric Rignot wrote in an email. "The study places the recent (20 years) evolution in a broader context to illustrate how dramatically the mass loss has been increasing in Greenland in response to climate warming."

Rignot, a professor of Earth system science at the University of California, Irvine, said the glaciers are starting to flow faster and break into icebergs that are moving into the ocean.

"As glaciers will continue to speed up and ice/snow melt from the top, we can foresee a continuous increase in the rate of mass loss, and a contribution to sea level rise that will continue to increase more rapidly every year," Rignot said.

Since 1972, ice loss from Greenland alone has added 13.7 millimeters (about half an inch) to the global sea level, the study estimates. The island's ice sheet is the leading source of water added to the ocean every year.

Earlier studies that have documented similar ice loss trends for the area, suggesting that even if governments take action to reduce greenhouse gases and slow climate change, it may be too late to stop it.

For millions of years, Greenland's ice has melted in cycles due to changes in the weather, but rising temperatures have been hard on the region, and the ice lost since the 1980s is more than has probably been lost in thousands of years.

A study published in December that looked at ice core samples found that Greenland's ice sheets have been melting at an "unprecedented rate" over the past couple decades, about 50% higher than pre-industrial levels and 33% above levels in the 20th century.

If this year is any indication, the ice melt trend is sure to continue. The summer melt season has already started in Greenland, according to the National Snow & Ice Data Center -- more than a month ahead of schedule. Without serious efforts to curb carbon emissions and slow climate change, ice loss could become a much bigger problem for the country and for us.

"We ought to be prepared for this and also take urgent action to slow down the melt down," Rignot said.