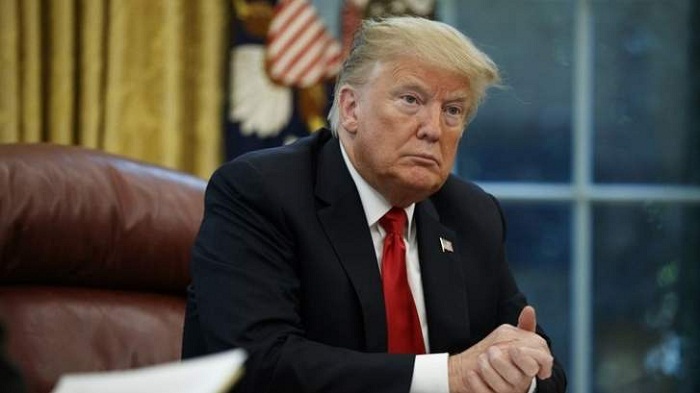 The Trump administration is considering suspending or limiting entry to the US for individuals from countries with high rates of short-term visa overstays - a proposal vaguely reminiscent of the controversial travel bans President DonaldTrump pursued during his first year in office.

In a memo signed Monday, Trump directs officials to examine new ways to minimize the number of people overstaying their business and tourist visas as part of a renewed focus on immigration as the 2020 campaign kicks into high gear.

And it says the administration is considering developing "admission bonds" - people entering the country would pay a fee that would be reimbursed when they leave - in an effort to improve compliance.

"We have laws that need to be followed to keep Americans safe and to protect the integrity of a system where, right now, there are millions of people who are waiting in line to come to America to seek the American Dream," Trump said in a statement.

More people are in the US because they overstay visas than because they cross the border illegally, according to the nonpartisan Center for Migration Studies. Some of the countries with high overstay rates include Chad, Djibouti, Eritrea, Liberia, the Solomon Islands, Benin and Burkina Faso. Officials say 20 countries have rates over 10 percent.

The memo gives the secretaries of state and homeland security 120 days to come up with recommendations, including potentially limiting how long visas last.

The idea of restricting travel from high overstay countries is part of a long list of proposals being tossed around by officials as they try to appease a president who has been seething over the influx of migrants at the border as he tries to make good on his 2016 campaign promises and energize his base going into 2020.

The ideas have ranged from the extreme - including Trump's threat to completely shut down the southern border and resume the widely denounced practice of separating children from parents - to more subtle tweaks to the legal immigration system.

Plans are also in the works to have border patrol agents, instead of asylum officers, conduct initial interviews to determine whether migrants seeking asylum have a "credible fear" of returning to their homelands. And the administration has been weighing targeting the remittance payments people living in the country illegally send home to their families and moving forward with plans to punish immigrants in the country legally for using public benefits, such as food stamps.