Myanmar Supreme Court to rule on appeal of Reuters reporters 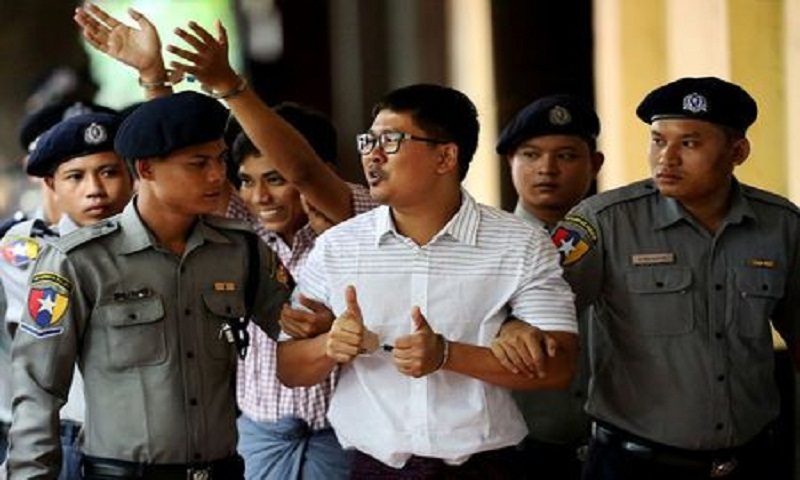 Myanmar's Supreme Court is to rule Tuesday on the appeal of two Reuters journalists who were sentenced to seven years in prison for their reporting on the military's brutal crackdown on Rohingya Muslims.

Wa Lone and Kyaw Soe Oo and their colleagues were awarded the Pulitzer Prize for international reporting, one of journalism's highest honors, earlier this month.

They were arrested in December 2017 and sentenced last September to seven years' imprisonment after being accused of illegally possessing official documents, a violation of the colonial-era Official Secrets Act.

They denied the allegation and contended they were framed by police.

Khin Maung Zaw, a lawyer for the two, has said the latest appeal argues that lower court rulings involved errors in judicial procedure.