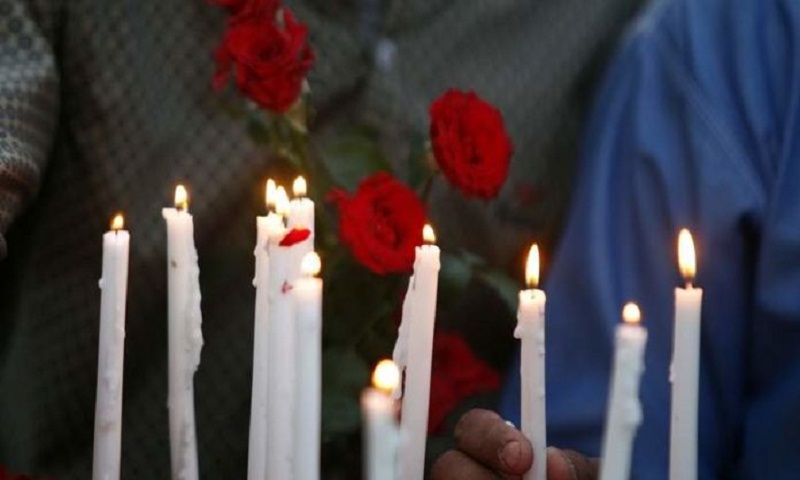 Sri Lankans across the island nation observed three minutes of silence early Tuesday to pay tribute to nearly 300 people killed in a string of suicide attacks.

National flags were lowered and people bowed their heads as the silence began at 8:30 am local time (0300 GMT), the time the first of six attacks occurred on Sunday.

The government has declared a full day of national mourning on Tuesday, with flags at all government institutions lowered to half mast, liquor shops ordered shut and radio stations and television channels expected to play sombre music.

At St Anthony’s Shrine in Colombo where the first suicide bomb detonated on Sunday morning, a crowd of several dozen people held up candles and prayed silently, palms pressed together, eyes squeezed shut.

Some of them struggled to hold back tears, and as the three minutes drew to a close, the crowd began to recite prayers.