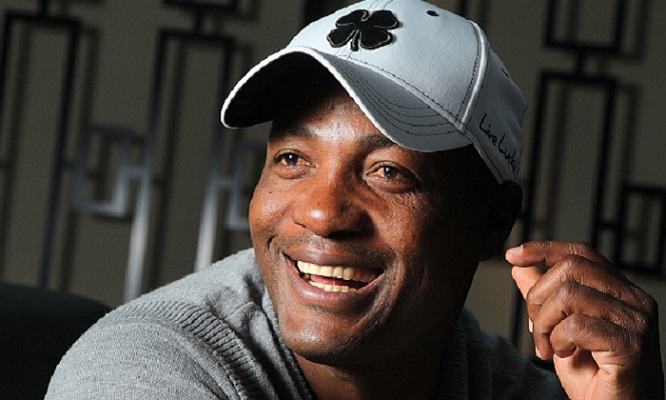 Former Windies legend Brian Lara has picked his two World Cup teams who are likely to make the Semifinal of the showpiece event which is slated to be held in England and Wales from 30th May.

During an interview with the Times of India, Brian Lara aid that he normally picks his favourites after the first couple of matches.

However, he is of the opinion that India and England are the two teams who definitely make it to Semifinal of the tournament.

England has played some terrific cricket ever since their humiliating exit from the 2015 World after losing to Bangladesh. Since then England has improved by leaps and bounds and have been the No 1 team in the 50 overs format for more than a year. They have some exceptional power hitters in their ranks who can change the complexion of the match within a blink of an eye.

On the other hand, India has also played some terrific cricket in the 50 overs format and look on of the hot favourites for the quadrennial event. Hence Brian Lara is of the opinion that India and England will be the top two teams to watch out for.

He also picked Windies as a surprise element of the World Cup. He added that they need to play consistently to have any chance in the World Cup.

“Normally, I’d like to make my choices after watching all teams play their first one or two games. But since you’re asking, well, England? Normally, I’d never risk backing them because they’ve never failed to lose that one important game (laughs). But this team looks good. So, them and India – two teams I believe will definitely be in the semifinals.

Can’t say the same about the rest of the teams. West Indies will have to play some consistent cricket. We’ve shown that we can beat England or India. We can beat any team on our day. But then we lose against a Bangladesh or an Afghanistan, and we let it all go away. So, that’s what the West Indies have to avoid. I would love to see them get to the semifinals,” Brian Lara said during his interview with the Times of India.

Apart from India and England, Australia and South Africa will also pose a threat or two to the opposition. Australia especially after winning back to back series against India and Pakistan are a confident unit and will look to come all guns blazing to defend their title.